CP Photo: Lisa Cunningham
The Pittsburgh Post-Gazette offices on the North Side

Pittsburgh Post-Gazette workers and management are preparing to face off during a labor board hearing tasked with resolving years of internal conflict at the city’s newspaper of record.

Starting Mon., Sept. 19, the National Labor Relations Board will hear testimony from both sides on a series of disputes that began when the union’s most recent contract expired in 2017. The complaint issued by the NLRB in April accuses the Post-Gazette and its parent company Block Communications of repeatedly failing to bargain in good faith since the expiration, and then amending work rules and pay and benefit schedules without the union’s consent.

Zack Tanner, president of the Newspaper Guild of Pittsburgh, says the union is optimistic the hearing will bring favorable change to the newspaper’s content providers.

“I think this could be a turning point because I think this hearing is an opportunity for everybody to see that the workers of the Post-Gazette have been on the right side,” says Tanner.

The Post-Gazette’s labor disputes have taken on a very public air in recent years, starting with reports from local and national outlets that publisher John Block yelled at reporters, then threatened to “burn the place down” during a newsroom meltdown in 2019.

A year later, the national press again stepped in when editors removed a former Black reporter, Alexis Johnson, from covering racial justice protests stemming from George Floyd’s murder in the summer of 2020. Johnson later resigned, along with Michael Santiago, a former photographer for the paper who is also Black.

A report published earlier this month by the Columbia Journalism Review quotes multiple P-G staffers who say the situation has not since improved.

Neither Post-Gazette management nor representatives of Block Communications responded to requests for comment for this story.

Defending his conduct at the Post-Gazette, Block wrote in a 2018 essay for Pittsburgh Quarterly that his company spends up to $30 million a year to keep afloat the newspaper, which he said, hasn’t turned a profit since 2004.

But guild members say they haven't benefited from these heavy investments, noting the newsroom hasn’t seen across-the-board raises since 2006.

In an April press release announcing the upcoming hearing, then guild president Ed Blazina said the company’s willingness to expend legal fees to keep down their wages adds to their sense of insult.

“This once again proves what Newspaper Guild leadership has been saying for years, that the company has acted in bad faith against the workers that create its award-winning product, and that they would rather spend millions of dollars on an out-of-state attorney rather than the journalists who report the news,” Blazina said.

If the labor board sides with the guild, management will be forced to re-enter the bargaining process and potentially compensate employees for damages “that resulted from Respondent’s unilateral implementation of terms.”

The current worker agreement, enforced without the union’s consent, added to the costs of health insurance and cut the holiday time allotted to senior workers.

Tanner says since the blowup over Johnson, the newsroom guild has shrunk by about 25%. But he also says the company has made a number of impressive hires and notes an overall improvement in newsroom morale since the appointment of Executive Editor Stan Wischnowski two years ago.

Tanner says the union’s fight is ultimately about ensuring a better company and a better product.

“It takes an investment in everybody to keep these great people who are coming here in the past few months," Tanner says, "as well as the people who have been here for twenty years.” 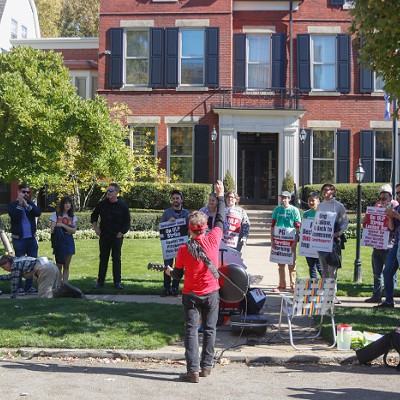 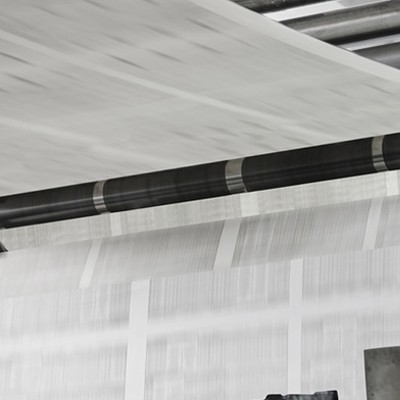