"I've been fortunate to play with a lot of people who had genius qualities." 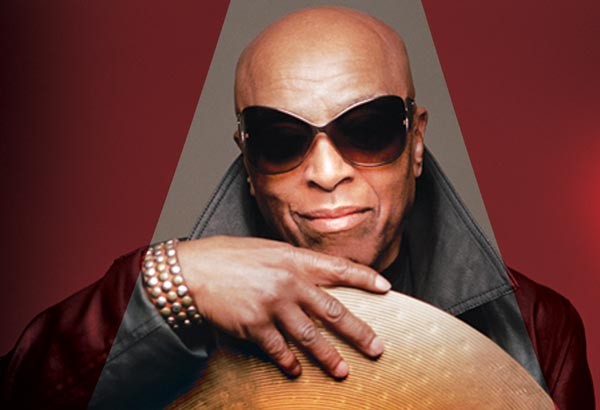 Photographer Robert Parent once took a photo of a jam session at Greenwich Village's Open Door club. Reproduced numerous times on posters, T-shirts and blogs, the 1953 image captures a performance by Charlie Parker, Thelonious Monk, Charles Mingus and drummer Roy Haynes. The first three are, of course, revered as the top-tier bandleaders and composers of the modern jazz era. Haynes might not have risen into either of those categories, but his drumming style  — which earned him the nickname "Snap Crackle" — placed him on the same level in the jazz pantheon.

The 87-year-old Haynes is the last survivor among the subjects of that photo, and he still performs about 15 engagements a year, in a quartet he has appropriately dubbed Fountain of Youth.

Haynes speaks with a sharpness and authority that is usually heard in someone half his age. And for a musician with such a rich past, he displays a very casual demeanor.

"I don't analyze it as such," he says when asked about how often he gets onstage these days. "I just perform. When you've been doing it for this amount of time, I'm not counting or thinking. But I'm pretty busy. For a guy that's been playing since I was a teen-ager and the age I am, I'm pretty active."

At age 20, Haynes came to New York from his native Boston after receiving an offer to join bandleader Luis Russell. A few years later, he toured with tenor saxophonist Lester Young, whose light, smoky tone and improvisational prowess was considered the high-water mark at the time. When bebop was in its early stages, Haynes played with Parker, as well as another of that style's architects, pianist Bud Powell.

The music of that era still factors heavily into Haynes' repertoire. Several albums, like last year's Roy-Alty, include Monk compositions. An earlier album paid tribute to Parker. Such interpretations are fairly standard in jazz, but Haynes brings an authority to any setting that ensures the music moves forward without simply celebrating jazz's golden era.

"Well, it could be a combination of both [of those perspectives]," he says. "Not to celebrate too much because I'm not the type of guy to just wind up and go, like that. I still think I'm inventive. And it depends on the band and the audience. It's not always the same. There are different places and different atmospheres. You try to be as creative as possible."

As he looks back on his time with people like John Coltrane or Sarah Vaughn, Haynes remains casual but admits that it was clear he was in the presence of greatness. "After playing with a lot of different people — I've been playing professionally since I was a teen-ager — you can tell," he says. "You can tell when you feel greatness, and the response to the artists that you're playing with. Whether you want to use the word 'genius' or not, I've been fortunate to play with a lot of these people who, if they're not [a] genius, definitely had genius qualities."

Perhaps because of what surrounded him, Haynes developed a distinct approach to the drum kit that stood apart from peers like Max Roach or Art Blakey. He integrates the cymbals into his whole approach to the kit, rather than just using them as punctuation, and his crisp attack on the snare drum was the source of his "Snap Crackle" nickname. Unlike some musicians who see their instruments as an extension of themselves, Haynes harbors no illusions. "No, I just play natural as possible," he says. "Then the audience can usually tell, if they know anything about what you're doing or what you're trying to do."

The Fountain of Youth band also includes saxophonist Jaleel Shaw, bassist David Wong and pianist Martin Bejerano. The name might imply a training ground for young bucks, a la Art Blakey's Jazz Messengers, but this is a longstanding group that's been together for over a decade.

He still occasionally plays the supporting role rather than simply working as a leader. For instance, in 2010, Haynes helped tenor saxophonist Sonny Rollins celebrate his 80th birthday. The evening included a lengthy reading of Rollins' "Sonnymoon for Two" in which Haynes, Rollins and bassist Christian McBride were joined by Ornette Coleman, for a meeting of two different but very astute saxophone minds.

Rollins, who sometimes seems a bit like a mystical sage of jazz, has modestly reflected on his accomplishments, saying he still feels like he hasn't yet reached the level at which he is completely satisfied. Haynes, who was already an established player by the time he first heard this younger saxophonist, appreciates that perspective but seems more committed to moving forward rather than trying to reach a personal goal.

"That could be part of a design," he says, regarding his friend's perspective. "It sounds interesting. But if he's not there yet — if we're not there yet — when are we going to get there?"