Op-ed: The Supreme Court Should Affirm LGBTQ Protections for All 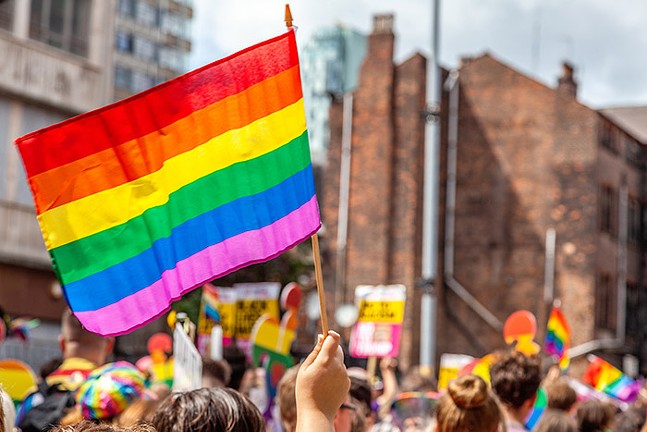 The progress made by LGBTQ Americans throughout the last decade has been remarkable. Winning marriage equality in all 50 states was one of the most important victories to allow LGBTQ people to live fulfilling and meaningful lives. Research suggests more Americans than ever before support full equality for LGBTQ people under the law.

Sadly, our laws don’t yet reflect this. Pennsylvania remains one of 30 states where LGBTQ people can still be fired, denied housing, or turned away from a business simply because of who they are or who they love.

In Pittsburgh, we’ve long known that wasn’t good enough. Nearly 30 years ago, we passed non-discrimination protections based on sexual orientation, and this July, City Council unanimously passed a bill to include gender identity and gender expression in the city’s non-discrimination law. The City regularly scores 100 on the Municipality Equality Index.

Pittsburgh has proudly pushed the boundaries of inclusion in Pennsylvania because we know our diversity is our strength and our LGBTQ neighbors are valued members of our city. But because our state and federal law lacks enduring protections, we know our residents are still vulnerable to discrimination in their daily lives. Dignity and respect should never depend on what zip code you call home.

On Oct. 8, the U.S. Supreme Court will hear three cases about LGBTQ employment discrimination that will determine if federal law protects LGBTQ people in Pennsylvania and across the country. This is a pivotal moment in history, and the stakes could not be higher for those of us who believe that no American should ever be discriminated against or fired because of their gender identity or sexual orientation.

This summer, I was proud to join mayors across the country signing a friend-of-the-court brief in support of LGBTQ non-discrimination protections. It reads in part:

“Local anti-discrimination laws promote the prosperity and vitality of American communities. Among other things, these laws enhance innovation and economic opportunities. ... Adopting specific protections against discrimination based on sexual orientation or transgender status has facilitated LGBTQ individuals’ participation in, and contribution to, their communities, enriching both the individual and the whole. And it has achieved that end with no real difficulties of implementation or administration, all while avoiding burdening taxpayer resources to remediate the harms of workplace discrimination against LGBTQ residents.”

As Mayor, I know that our LGBTQ neighbors make important contributions to our community, and they just want the same thing as every other resident: to raise a family, to make a decent living, and to feel accepted in the city they call home. And as Mayor, it’s my responsibility to make sure all of our residents are treated with dignity, fairness, and respect. No form of discrimination has any place in the City of Pittsburgh, nor in the United States.

By acknowledging that our federal laws already protect LGBTQ Americans from discrimination, the Supreme Court has an opportunity to affirm basic dignity and respect for LGBTQ people who simply want to live with their loved ones in a community that treats them unequivocally as equals.


About the author: Bill Peduto is the mayor of Pittsburgh.