"It's going to be different." 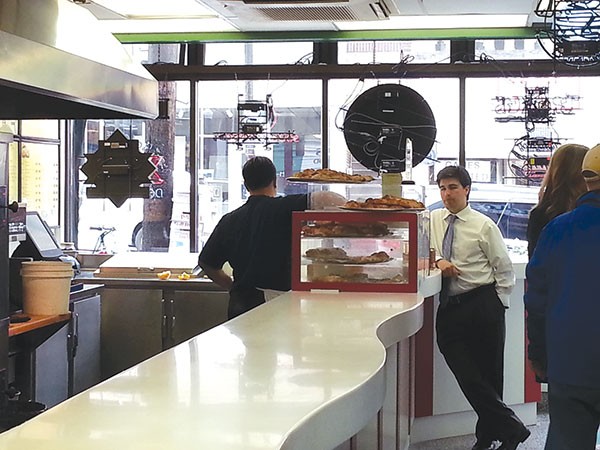 Pittsburgh City Councilor Corey O'Connor's usual order at Aiello's Pizza has always been "two off the top" — a couple of slices, plain — to which he has always added crushed red pepper.

And Joe Aiello, the late owner of the Squirrel Hill pizza shop, would always scold.

"He would say, ‘What the hell are you doing?'" O'Connor says.

O'Connor visited Aiello's several times last week, after he learned of Aiello's death on May 13 at the age of 71. Aiello emigrated from Sicily in 1967 and opened his pizza shop in 1978 after working at what would become his good-natured rival down the street, Mineo's Pizza.

O'Connor's loyalty started early: "I went to Central [Catholic High School] and his kids went to Central." And it extends through local politics when, with a wink, he answers the inevitable question: Mineo's or Aiello's?

"I typically respond that ‘all the pizza in Squirrel Hill is very good,'" O'Connor says.

O'Connor, 28, grew up just a few blocks away from Aiello's.

"Every day, if you could come up with 60 cents, you could get a slice," he says.

He and a childhood friend, Merritt Russell, both describe Aiello as the "old father figure" on the street.

"He had a real good sense of humor. You'd come in just to talk to Joe," Russell says. 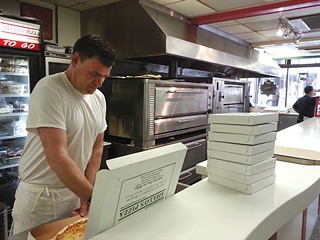 And he made good pizza. Customers tell of Aiello growing the vegetables he'd use — long before it became trendy in the restaurant scene to use local produce. Staff say he was a stickler for doing things the right way.

"He made [the shop] come to being without advertising and without delivery," says Tim Watts, an Aiello's employee. "Think about that: Don't advertise and don't deliver. You really have to stand on your recipe."

As word spread that Aiello was gone, Russell sat in a booth in the back of the shop with O'Connor, having "a slice for Joe."

The shop is set to continue in much the same tradition with Aiello's two sons in charge.

But, "this is like your regular routine," O'Connor says. "It's going to be different."