On the Record with Paul Hoffman of Greensky Bluegrass

"To get out there and play for a bunch of skeptics, it forced us to have fun in a different way." 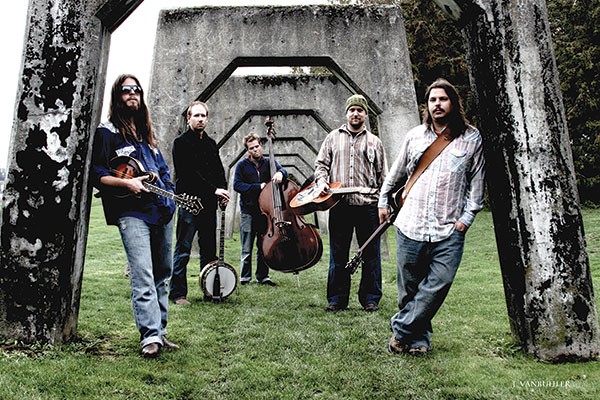 When you started out, it was the early '00s, right after O Brother, Where Art Thou and all that. Was that what got you into bluegrass?

We were sort of already getting into it separately, and more in the Old and in the Way/David Grisman/Jerry Garcia camp. And we were all learning our instruments at the time — at that time it was very informal.

I've heard you have a history of playing a place in Johnstown called Dively's?

Oh yes! We played at Dively's a long time ago — and a couple times since then. The first tour we ever did outside Michigan included at stop at Dively's, in 2005, in the fall. He would be one of those bar owners I called myself and booked myself. And we made some friends in Johnstown; those guys still come see us when we're in Pittsburgh and Morgantown and close by.

Is there anything you miss about those small bar shows?

Some of those early, low-pressure shows where we were just defining ourselves were fun, in a different way. To get out there and play for a bunch of skeptics, it forced us to have fun in a different way: We had to be strong as a team. There was a very good chance that no one in the bar knew who we were.