On the Record with Matt Zeoli of Household Stories

"A lot of bands are doing Kickstarter-funded things; we decided to take care of it all ourselves, even if it took some extra time" 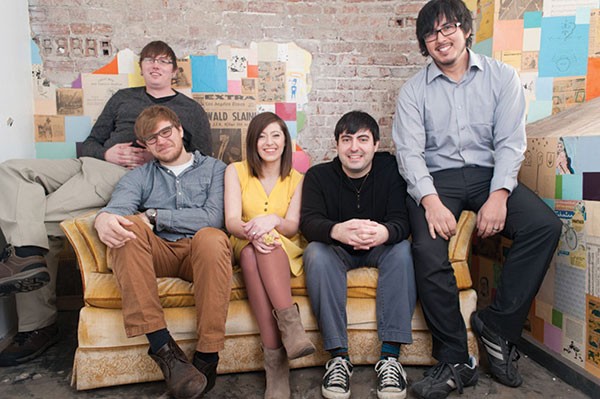 Household Stories, based in Greensburg, has made a name for itself with a series of '90s-alt-rock-style EPs. Guitarist Matt Zeoli spoke with CP about the band's new No. 3 EP and its evolving lineup.

You were a smaller band until recently, right?

Yeah, we added two members — [bassist] John Perry and [vocalist] Lianna Ankney. They're individual songwriters themselves; John plays in a band called Antimony, and Lianna is a songwriter with a new project coming out.

You worked with J Vega at Wilderness Studio, and he played on the EP — he even played live with you some.

He's so smart, such a funny guy, he really puts us at ease — it feels like home, going to his studio. And he's definitely into what we're doing, which makes it awesome: that the person recording us is digging our stuff.

Why a third EP, and why do it the way you did, releasing it online last year, then on a CD with a bonus track this weekend?

A lot of bands are doing Kickstarter-funded things; we decided to take care of it all ourselves, even if it took some extra time — maybe we'll do a Kickstarter when we do a full-length. We had released four of the songs in the original batch, then we wrote [the new song] "NXNW"; we decided we wanted to record it immediately, and we feel like it fits in properly with the sequencing on the EP.