On the Record with Laetitia Sadier

"What do we do in the face of that when it's becoming more apparent that our rights as citizens are being taken away from us?" 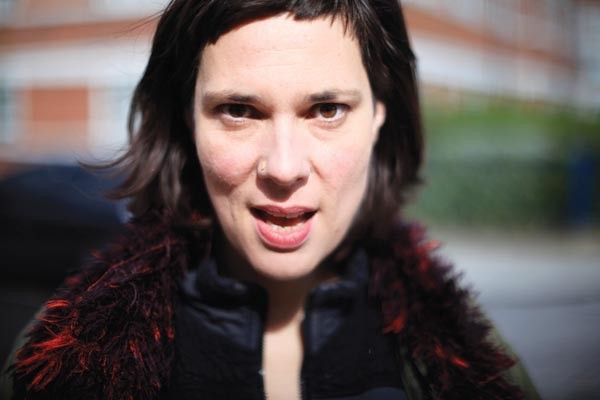 Laetitia Sadier fronted Stereolab, the French band known for its effervescent, Moog-centric grooves in the '90s and '00s. Silencio, her second solo album, retains her characteristically breezy melodies and dark lyrics, in songs like "Auscultation to the Nation" — with lyrics lifted from a caller on a French radio show — and "There's a Price to Pay for Freedom (and It Isn't Security)."  She comes to the Thunderbird Café on Wed., Sept. 26, but she's leaving her Moog at home.

What were you thinking about when you wrote these songs?

We live in an era where you can make yourself number and number to the situation, as to what our responsibilities are in the face of how we're being governed, what forces are at work. Particularly when it comes to the idea of democracy and how that's being totally flushed and shat on. So, what do we do in the face of that, when it's becoming more apparent that our rights as citizens are being taken away from us?

Yet you sing the apocalyptic lyrics in such bright, happy songs.

I don't think it means the end of the world or the end of humanity. It's just about being aware of what's going on and fighting it off when it becomes too [oppressive].

You and James Elkington are credited with playing a Moog app, rather than an actual keyboard.

It's an app on an iPad. It's great and it sounds like a Moog. It's extremely versatile, extremely celestial. I think it's a happy development. We should rejoice.