"We want to make music to tear your head off and make you shit your pants." 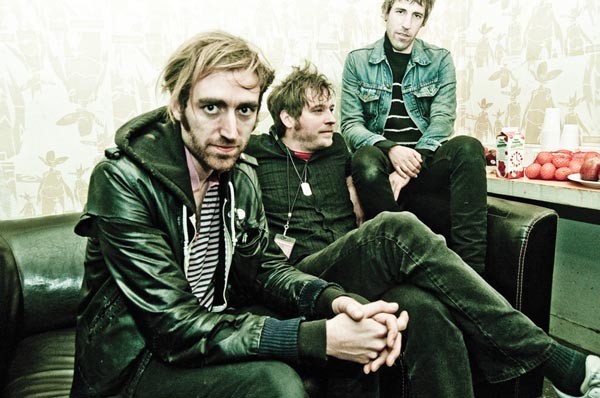 A PLACE TO BURY STRANGERS

A Place to Bury Strangers brings its searing, industrial indie rock to the Shadow Lounge on March 7, continuing the band's tour behind the new release Onwards to the Wall. City Paper spoke with bassist Dino Lunadon.

You guys have said recently that you've homed in on the APTBS sound you want on this record. How did you find that focus?

It was the first APTBS recordings I've been involved with, so it was more of a case for me getting to understand [singer Oliver Ackermann's] angle on the music. In my mind, to home in on the A Place to Bury Strangers sound is [to try] to distill its pure essence without any preconceived notions.

What's the recording process like when you're trying to imbue these tight songs with that noisy, raw feel?

One of the similarities from my past projects is that it's trying to head down the Black Sabbath path as opposed to the Phil Collins path, which so many bands seem to be going down. We want to make music to tear your head off and make you shit your pants.

You guys have a reputation for being one of the loudest bands around. Do you wear that distinction like a badge of honor, or do you think people are missing something?

When I joined, I knew sheer volume was part of what makes APTBS what it is. It's a fun, interesting road to explore for sure and opens a lot of paths that you wouldn't get to explore without it. Not just volume, though. A large part is extreme and interesting sounds.