On the Record with Charles Rocha

"I was always writing and collaborating with people, but I never had the confidence to consider myself a songwriter." 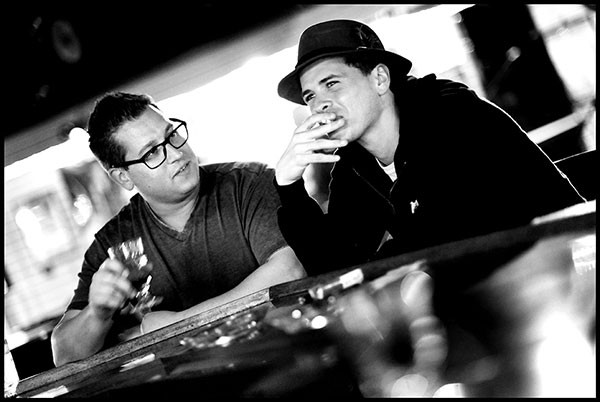 Charles Rocha has played with a slew of bands, starting with Pittsburgh's The Berlin Project about 15 years ago, and including Bear Cub. He now lives in Florida, where he and another former Berlin Project player, Brad Evanovich, play in a new band, That Summer. They release a debut, The Hearth EP, with a show that will include a bunch of Pittsburgh musicians.

You spent so much time playing in other people's bands — when did you start writing your own stuff?

I was always writing and collaborating with people, but I never had the confidence to consider myself a songwriter. When I lived in Nashville with Jesse Hall [of Bear Cub], I would show him parts, and he'd say, "Finish a damn song!" Playing with him and working with [Buddy Hall, Jesse's father] helped me feel more comfortable with my voice.

You came up in punk bands. What steered you toward the Americana sound?

I would love to be in a punk-rock band. I have my Fat Wreck Chords hoodie on right now. But I don't really have the guys to do it with. It came [from] just being alone, and just having my guitar.

A lot of these songs are about traveling. Is that a lot of your life?

Absolutely. I've always been a bit of a gypsy myself. I was born in Brazil and moved to America when I was 2; I've moved around a lot since I was 12. But I've always considered Pittsburgh my home, because it was where my formative years were, and my best friends were there.