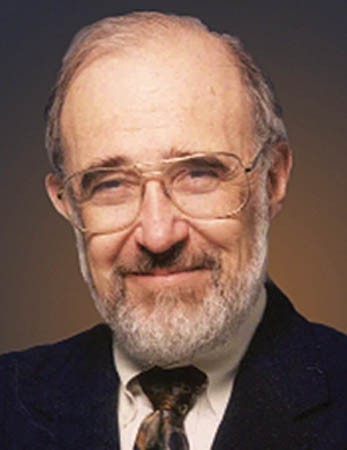 Dr. Bernard Goldstein is a professor of environmental and occupational health at Pitt

Among the programs the Department of Homeland Security created after the Sept. 11 attacks was BioWatch, which helped provide earlier detection of airborne biological attacks in urban areas. Dr. Bernard Goldstein chaired a federal committee that assessed the effectiveness of BioWatch and other public-health programs. He is a professor of environmental and occupational health at the University of Pittsburgh's Graduate School of Public Health.

If another event like 9/11 were to happen, how much better prepared are we?

We're certainly more prepared in terms of public-health emergency response. We have worked throughout the country on emergency-response approaches. We have people working with each other who have never worked together before. We have people training, some people coming out of academic programs. We have a preparedness program here at Pitt that has to do with terrorism, including working with responders.

Based on your work with BioWatch, how would you rate the country's ability to detect biological threats?

When you're dealing with BioWatch, you're dealing with game theory: If I do that, you'll do this, and if you do that, I'll do this. The question is, how do you know whether the bad guy releases anthrax because BioWatch would detect them? … [You'd] have to be sitting around some operational table with Osama Bin Laden where they decide, "We're going to invest in doing the following things and not something else."

Since 9/11, the focus on public-health effects has been on those who worked at the Ground Zero site. What are some of those effects?

The major, long-term concern that we can document is a respiratory impact, particularly on firefighters and first-responders, and post-traumatic stress disorder. … There is no question there is a fair amount of [PTSD] that occurred, and that this occurred more commonly in people who were volunteers and not trained to be responsive. On the other hand … the policemen and firemen who went to that site and were exposed seem to have more persistent respiratory issues.

If you basically just grab your kids and get out of there as quick as you could, inhale some things, there isn't that much evidence of [persistent health problems] in that group. There's some evidence, but it's difficult because you don't have the ability to study them as carefully as the [first responders].

From an emergency-response point of view, what have we learned since 9/11?

The excellent response in New York [City] to Hurricane Irene was in large part because there's much better coordination than there ever was before between entities, and across state boundaries. We've learned to be responsive in part because we've been forced to put together various linkages between federal and state governments that didn't exist before.

During Hurricane Katrina, however, the response was a disaster.

That's a classic example of a lack of federal and state cooperation. It is an example that we hope doesn't keep recurring. I can't say, "Oh, we solved everything because of the response of Sept. 11." We haven't.

Where is there room for improvement?

One of the things that was obvious with Sept. 11 … as people start gathering in response to these things, [health professionals] are not considered part of the group. When you go to a site like the Sept. 11 site, everybody can't wander in there. Who's allowed in there? You've got certain people: crime-scene investigators, police department, fire department, the mayor's office. Well, does someone from the New York City Department of Health get automatic access? Does someone who's concerned about workers' health issues? The answer is usually not. Health is more on the scene than it's been before, but the people who need to be there are often not let on the site.

[Pennsylvania] has a commission on Marcellus shale; there's no public-health [representation on it]. The Gulf oil spill commission the president put together -- again, no one with any health background. The concern is health, but that concern doesn't get manifested.