On issues of race, gender and sexual orientation, it's time to get on the right side of history | Opinion | Pittsburgh | Pittsburgh City Paper

On issues of race, gender and sexual orientation, it's time to get on the right side of history 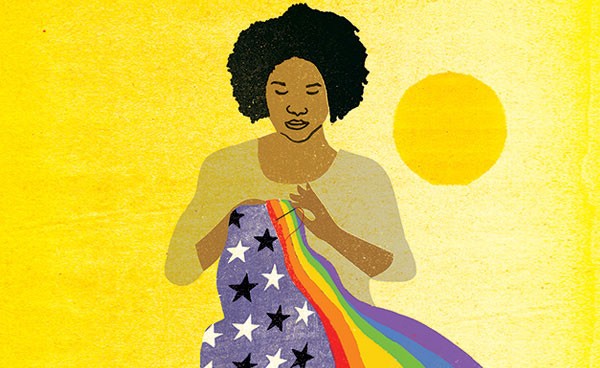 I've always tried to be tolerant of other people's opinions and beliefs. Even on issues where I'm strongly opposed to what they're saying, I have tried to quash my indignation by remembering that "everyone is entitled to their opinion."

But after last week's historic Supreme Court decision legalizing same-sex marriage nationwide, and the new momentum in efforts to get people to finally realize that flying the Confederate flag is not OK, I'm done passively accepting that everyone is entitled to his or her opinion.

On matters of race, equality and gender, I'm done pretending that there are two valid sides. If you think you have a right to buy a Confederate flag at Wal-Mart, you're wrong. If you believe that two men or two women shouldn't be able to marry, you're wrong. If you don't believe that a person who was born a man can later decide to identify as a woman (or vice versa), you are wrong, wrong, wrong.

I started coming to this realization a few weeks ago after a columnist at the Pittsburgh Post-Gazette wrote a hateful, demeaning and flippant opinion piece stating that Caitlyn Jenner should be referred to as a man regardless of her wishes. I was outraged, wrote an online response, and even talked about the column for an hour on KDKA radio with John McIntire. Callers to the program couldn't believe that I was so pissed off about this issue. A man is a man and a woman is a woman, they told me. At least, that was their opinion.

That's what's going on here. If we keep allowing these opinions to go unchallenged, we're agreeing that the people who hold them could be right. And that doesn't help us move forward on issues of great social importance.

Silence and acquiescence are akin to agreement, and they have to stop. It's time for like-minded, progressive and sympathetic voices to stop accepting that there are two valid sides to every issue. On such matters, the two sides are right and wrong.

The greatest attributes of most liberals I know are tolerance and understanding. But as we continue fighting for basic civil rights for all Americans, our greatest weapon will be selective intolerance. We have to speak up when county clerks in the South take it upon themselves to deny marriage licenses to same-sex couples based on their religious beliefs. We have to rally in Harrisburg when conservative blowhards like Daryl Metcalfe try to shoot down another bill that would make it illegal to discriminate against LGBT people because of their sexual orientation. When someone tells you that the Confederate flag on their house, car or jacket represents "heritage, not hate," tell them in no uncertain terms that they are wrong.

This is not new thinking. This is what conservatives and the religious right have been doing to us for decades. Discrimination has been allowed to live and breed because one side of an issue has been vocal and brazen about imposing its beliefs. It's time to turn the tables. In this war for equality and fundamental freedoms for all, we are on the right side of history. It's time we start acting like it.