In Morningside, bocce is a way of life 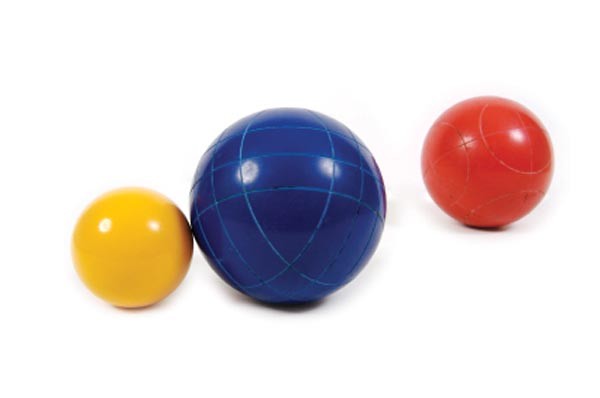 "Good ball," LaVerne Zemon shouts at the small, hard red ball as if it were a house pet. The ball rolls down the dusty court and stops about a foot from a smaller white one. "Good ball." LaVerne turns to her teammate. "Good ball, Betty."

We're here in Morningside — off Stanton, off Chislett, off Bryant, all the way back of St. Raphael's. In the community garden nearby, the tomatoes are staked and high; Old Glory and the MIA flags snap smartly in the summer-evening breeze. Shirley and Betty and Josey and Carolyn and Dolly and Sheila and Rosa and Gloria — some 42 women all told — come here to play the ancient, low-stress game of bocce, just right for languid summer nights.

They play on three adjacent courts, 90 feet by 10 feet of combed clay, recessed a foot or so into the ground and bounded by low wooden walls. The object is to get your side's balls closer to the smaller white one — the pallino. Ten points wins the game.

The league dates back to the '90s; the women can't get more precise than that, exact dates tending to get lost in the collective unconscious. Ranging from their 40s to 80s, the women hail from Bloomfield and Shaler, Morningside and Murrysville. Most wear blue Morningside league T-shirts. Many speak Italian; league President Jo Murray herself did not speak English until she attended elementary school.

The MBL women split themselves into six teams of seven players each, and play May through August. The season is punctuated by pizza parties, and is capped with a picnic dinner.

"The men fight a lot," one says. And they laugh, in unison.

"Teams One and Five on Court Two," Jo Murray barks authoritatively, and the women start to peel off onto the opposite sides. They divide into Reds and Greens — the Italian national colors, of course.

Playing in turn, some women stand tall, raising their hands in seeming supplication, like virtual Statues of Liberty. Others roll low to the ground, like tiny duck-pin hurlers. Some toss the ball off-hand. Others just dump the thing, like they're slipping an omelet off a frying pan.

A woman, barely topping 5 feet tall, gets way down and rolls a red ball toward the pallino.

"C'mon, Dolly," a Green rival calls out to her teammate, "knock that ball out of there."

A bit of shake, rattle and roll, and Dolly complies, her green ball pushing away its darker sister.

A bit later, it's 4-3 Green. A blue-jeaned, blue-haired Red rolls one a mere four inches from the white ball — to the squealing delight of her team. Standing defiantly in front of the Green players, she glares. "Don't touch my ball," she dares them.

The red rolls right at the pallino, then twists away.

"C'mon, Betty," LaVerne calls to her teammate, then addresses the ball directly. "Kiss it. Kiss it!"

No kiss, but a bare three inches between red and white.

"Boom!" LaVerne raises her hands over her head. "Bee-you-tee-ful!"

Looking for the penultimate point, Betty rolls the red ball right there. But then disaster strikes, as four green balls encircle the pallino. Four green! the judge calls out, and Green races ahead 9-8.

Will Red tie it up? Maybe, as a red ball stops inches from the pallino.

Up comes Dolly for Green, rolling something that looks spot on.

LaVerne's got the moxie, and Dolly's ball doesn't, but the next green does, knocking away the red. Green takes the point and the game, 10-8.

And so it goes, until the breeze in the oaks and maples picks up, and the sweet summer light turns to dusk. Three games under their belts, the Morningside Bocce Leaguers head for their cars and home.