"The whole artistic process is going into the dark and emerging with something new." 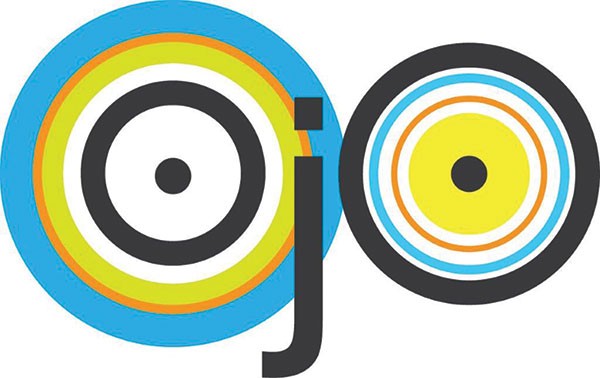 Most people spend their lives striving for certainty. Not so with artists, says Jeffrey Carpenter, artistic director of Bricolage Productions. Asked by the Pittsburgh Cultural Trust to produce an immersive theater work for the Three Rivers Arts Festival, the adventuresome troupe created OJO, a show meant to suggest the artist's metaphorical journey of creation.

As an artist, "You have more questions than answers," says Carpenter. "How do we get someone to that space of the unknown?"

With OJO, Bricolage built on the critical and popular success of 2012's STRATA, which took audiences on a choose-your-own-adventure trip through a mocked-up (and vaguely menacing) corporate self-improvement experience that ranged throughout a large Downtown building. This time, the "business" is an old-school travel agency housed Downtown, in a Liberty Avenue storefront where eight participants at a time gather. They then embark on a series of encounters with various "agents," a journey devised by Carpenter and Bricolage's Tami Dixon along with STRATA co-conspirators Gab Cody and Sam Turich.

Carpenter won't reveal too many details about OJO (which was developed with a grant from the Pittsburgh Foundation). But he says one big twist is that — in a show whose title is Spanish for "eye" — viewers will be blindfolded for "a good portion" of the 80-minute experience. Guided by the agents, sightless viewers will "travel" indoors and out, traversing soundscapes suggesting different environments. The senses of touch and smell will also be stimulated.

Why blindfolds? "The whole artistic process is going into the dark and emerging with something new," says Carpenter. OJO "reveals itself as it goes along. You don't get the full picture until the end."

Carpenter cautions that OJO isn't for the claustrophobic, or for those afraid of the dark. But while "there's going to be moments of surprise in it ... it's not designed to scare the wits out of you."

In fact, thanks to its size-limited audience, the show is already sold out. However, Bricolage plans a "standby" option, for viewers without tickets who come to the venue at one of the showtimes. And Carpenter says OJO, with its minimal staging, could be revived "really easily."

"The whole idea is it will alter your perspective," he says. "It will change your way of looking at the world."