Tony Campbell's noteworthy career brings him back to Pittsburgh 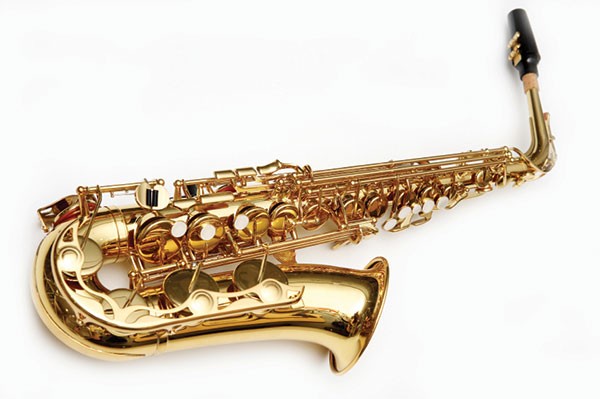 It's a rainy Tuesday night at the Backstage Bar, Penn Avenue, Downtown. With the rhythm section laying down some phat beats, the tenor plays slow, smooth, soulful. The jazz standard "Body and Soul" ends with an extended, Coltrane-like series of trills and turns. Saxophonist Tony Campbell — a small, dapper man, dressed in a brown pinstriped three-piece suit — closes the set, nods his head, smiles at the applause.

Backed by a tight trio, Campbell plays with a surety and style befitting his years of training, time on the road and attention to detail. He's equally comfy with traditional Gershwin ("Summertime") and avant-garde Monk ("Epistrophy"). Composer of a host of strong, swinging originals — "TC's Groove," "Mr. C" and others — he's the quintessential professional musician: writing, playing, leading, producing.

And lately, Campbell has been playing all over town: Jazz Surgery with Tony Campbell at CJ's Saturday afternoons, James Street Tavern on Sunday nights. The Backstage Bar, Tana, the Savoy, Ciopino's, and plenty more.

"We've been on tour," Campbell says with a laugh. "It's either feast or famine."

These days, no one is going hungry. Performing regular gigs while sitting in with other bands, teaching and giving private music lessons ... it all runs him more or less ragged, which is just the way Campbell wants it. Keeping his head and hands and chops nice 'n' sharp is good for any jazz player, but especially one like Campbell who craves work.

It's been a long time coming. The Pittsburgh native and future Jazz Society Hall of Famer grew up in the Hill and picked up the clarinet at age 10. Woodwinds, he quickly discovered, were his destiny.

In a friend's basement, he auditioned for the Del-Tones, a legendary '70s funk band. Showing up with his latest love, a saxophone, Campbell was commanded solo! With no idea what to do, Campbell just took a deep breath and blew.

Somehow it worked. He joined the band and "started making money right away," Campbell recalls, smiling at the memory.

By the time he got to Schenley High, Campbell had decided to study music. At legendary Berklee, in Boston, he not only expanded his chops — so as not to be blown off the bandstand — but also learned harmony and theory.

Woodshedding with the finest emerging talent of the generation — including Branford Marsalis and fellow Pittsburgher Jeff "Tain" Watts — "I was in the midst of the young-lions thing," Campbell recalls. "We jammed together. We messed up a lot of blues."

All careers — perhaps jazz careers most of all — have turning points. For Campbell's, it was the road not taken. Going to see the great Art Blakey, another Pittsburgh native, Campbell had hoped to join the band. For some 40 years, the Jazz Messengers had served as a finishing school for some of jazz's finest players: from Keith Jarrett to Kenny Garrett, Wynton Marsalis to Kevin Eubanks. But Blakey, notoriously imperious, wouldn't even let Campbell unpack his horn, much less audition.

"I was discouraged," Campbell recalls. "But it taught me never to give up."

Gigging hither and yon, Campbell played New York City in the '80s and '90s. A 16-week tour with Sophisticated Ladies in '93 gave him a taste of steady work. After signing on for cruise-ship duty, Campbell literally sailed the world, playing behind such headliners as Ben Vereen, Maureen McGovern, Marvin Hamlisch and Diahann Carroll. His music grew as tight as tight gets.

As the century turned, it was time to come ashore and settle down a bit. Campbell now teaches music at Urban Pathways Charter School, serves as musical director of the Homewood Jazz Workshop, and has become a mainstay in Pittsburgh's rich jazz community.

"I like to play with feeling and emotion," Campbell says, and his trio nods in agreement. "I like to swing as hard as I can. I want passion in my music."

Oiling up to play such larger festivals as Montreal, Canada, and Montreux, Switzerland, Campbell is nevertheless happy playing all these small rooms.

"I'm ecstatic that I came back," he says. "The high level of music that I play here — with all these talented guys — I couldn't have this in New York. It's wonderful.

"I love playing in Pittsburgh," Campbell adds. "I love playing for these people. I have an affinity with them. They were so supportive of me when I came up. They gave me direction. I took that from Pittsburgh and went all over the world with it. So giving something back gives me a charge."