During a thirty minute address, the former president painted Fetterman as a model public servant while dismissing Oz as a con artist.

"John has been fighting for other people his whole life. Here is someone who find his calling as a mentor for Big Brothers and Big sisters."

Obama also talked up Fetterman's record as mayor of Braddock, noting a reduction in crime under his tenure.

Fetterman preempted Obama's oratory with a good-humored jab at his reduced speech capabilities while he continues to recover from a stroke.

“There's a pro tip," Fetterman said. "Please, if you're gonna give a speech after you're recovering from a stroke, you really don't wanna come before Barack Obama has to go.”

During his short speech, Fetterman hit on his key campaign themes, including support for minimum wage, codifying abortion rights, and eliminating the Senate filibuster.

Former President Donald Trump also made a campaign stop in Western Pennsylvania this weekend, where he sought to whip up support for Oz and GOP governor candidate Doug Mastriano. 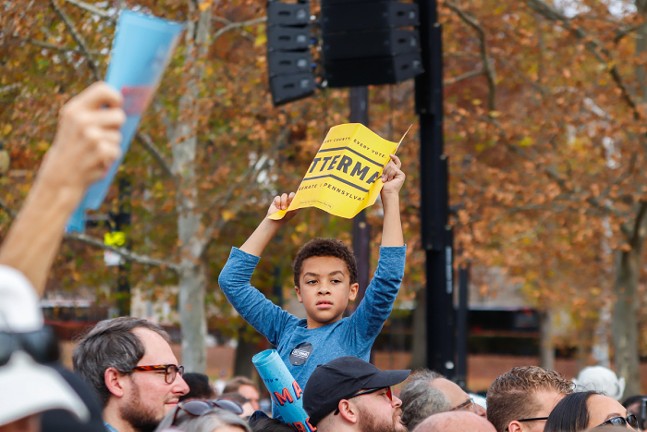 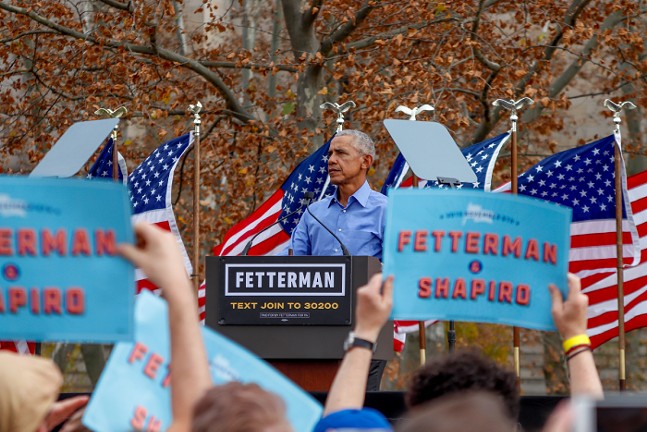 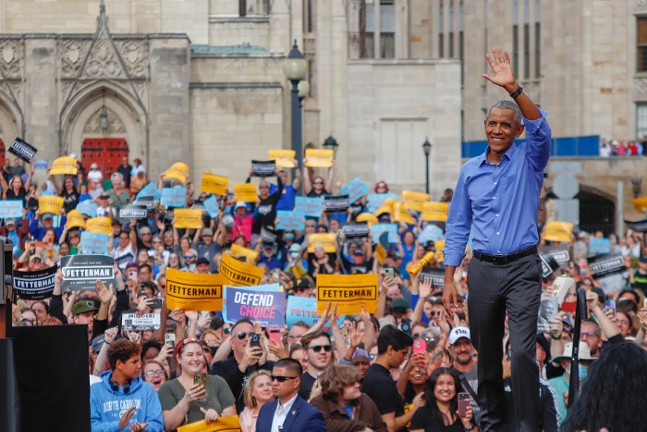