NYC’s Casellula Opens on the North Side

“What is cheese without a similarly diverse wine menu?” 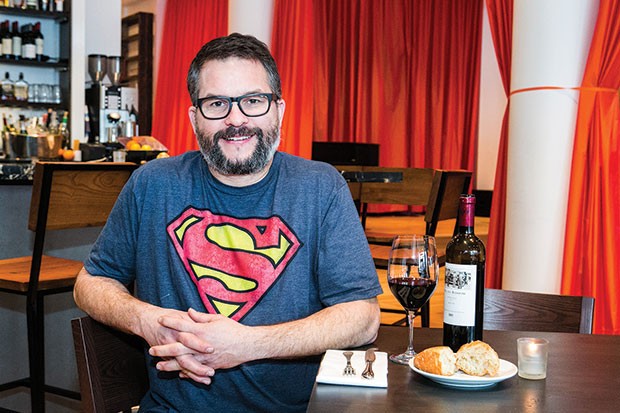 Unless you’re lactose-intolerant, it’s hard to disagree with Casellula’s motto: “We like cheese. A lot.”

The new restaurant, nestled on the north side of Allegheny Commons, is the second Casellula to open its doors. In 2007, owner Brian Keyser opened the first, in New York City’s Hell’s Kitchen. A San Diego native by way of Los Angeles, Keyser had come to New York City for a new beginning and waited tables while planning his next step. At Chanterelle and The Modern, he fell in love with cheese after the chef brought in samples for staff training. “I told the chef that I’d like to work with whoever was running the cheese program, and he said, ‘You are running it. I never want to hear about it again,’” says Keyser, laughing. After some furious reading and tasting, he was serving cheese plates to New York’s elite. Fifteen years later, with his flagship location still bustling, the Pittsburgh spot is just getting started.

When Keyser set out to bring Casellula to a new city, he had three requirements: It had be a nice place to live, with a growing population of creative professionals and a healthy food scene. While still scouting, he got a cold call from a friend of a friend, Ralph Henry Reese, the co-founder of City of Asylum. Reese asked if Keyser would like to work with City of Asylum’s new Alphabet City project, which would serve as a bookstore, restaurant and performance space. Keyser got on board. The space is lovely and open, with a horseshoe bar and lots of windows. From the dining room, you can glance longingly at the bookshelves and wonder what to add to your reading list.

While Casellula has a fleshed-out menu, the focus is on the array of cheeses, from fresh chevre from local cheesemakers Goat Rodeo to raw sheep’s-milk blue cheese from France. And what is cheese without a similarly diverse wine menu? While Keyser isn’t a certified sommelier, the wine list is growing and offers selections by the glass and the bottle. “I get really excited when I find a wine that’s hitting above its weight, price-wise. I like quirky stuff,” he says. Expect wines from unusual regions, or varietals.

Also tempting is the short-but-sweet cocktail menu from Pittsburgh cocktail consultant Spencer Warren. Beers from Western Pennsylvania also make attractive choices. Four taps are in the works, while bottle and can selections are available to cover most stylistic bases.

Above all, Keyser wants Casellula to be a welcoming place for diners. “It has to be OK to say, ‘I don’t really know anything about cheese or wine.” says Keyser, “With our food and our wine and our beverages, some of it is unfamiliar. It’s really important to me that we be a place where people can come and not be intimidated and learn new things while relaxing and enjoying a fun night out.”