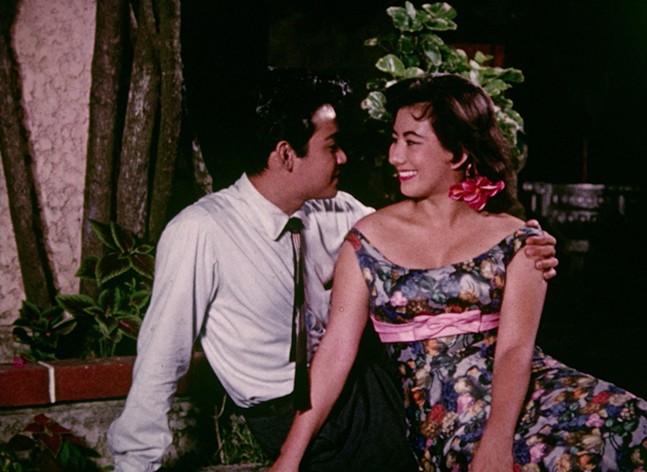 Photo: AMIA
From the Association of Moving Image Archivists Roadshow
Every Friday, Pittsburgh City Paper compiles a round-up of new releases and second-run films playing around the city. This only covers films that are new to theaters this week; check out what movies opened last week here.


Harris Theater
Miles Davis: Birth of Cool
Directed by Stanley Nelson Jr.
The documentary follows the life and music of the jazz legend and features interviews of musicians he influenced, including Herbie Hancock, The Roots, Carlos Santana, and more.


AMC Waterfront
Abominable
Directed by Jill Culton
When a group of Chinese teenagers discovers a yeti lost in the city, they embark on a quest to return it to its home on Mount Everest, as long as they can outrun the rich villain who wants to capture it.

David Hindley/Roadside Pictures
Judy
The Manor Theatre
Judy
Directed by Rupert Goold
The Judy Garland biopic covers the entertainer in the last year of her life, with flashbacks to time on the set of Wizard of Oz. It’s bleak, tragic, and not exactly a fun watch, but Renee Zellweger gives a good performance, which you can read more about here.


Row House Cinema
Surrealism Week
Buñuel in the Labyrinth of the Turtles
Directed by Salvador Simó
This animated film follows a surrealist director who is struggling after the release of his first film which led to a falling out with his friend Salvador Dali. His other friend, the sculptor Ramón Acín, buys a lottery ticket and gives the winnings to the director to fund his next project.

Mulholland Drive
Directed by David Lynch
When a woman gets amnesia after a car crash, she meets a hopeful actress and the two embark on a mission to solve a mystery. I’ve heard David Lynch is a normal, linear director, so it might not get that surreal!

Southside Works Cinema
Fleabag
Written, directed by, and starring Phoebe Waller-Bridge
No, this is not a marathon of the British series on the big screen (not a bad idea though). It is, however, a broadcast of Waller-Bridge’s one-woman play off of which the show is based.


Rangos Giant Cinema
Roger Waters: Us + Them
This concert documentary features the Pink Floyd musician’s 2018 concert in Amsterdam on his European tour. As a bonus, his backup singers are the band Lucius, who are very good.