Christopher Raphael/STX Films
Every Friday, Pittsburgh City Paper compiles a round-up of new releases and second-run films playing around the city. This only covers films that are new to theaters this week; check out what movies opened previously here.

The Gentlemen
Do you love to watch handsome rich men get embroiled in schemes in an attempt to get even richer? Then this is the movie for you! It stars Matthew McConaughey as a weed baron (his final form) as he tries to sell his fortune to a bunch of criminals and businessman played by Hugh Grant, Henry Golding, Charlie Hunnam, and other men who are handsome but whose names don't alliterate. Now playing everywhere.

RLJE Films
The Color Out of Space
Based on a short story by H.P. Lovecraft, the film stars Nicholas Cage as the patriarch of a family who moves from the city to the country. All's well on the farm until an object from space crashes on their lawn and begins to infect every aspect of their lives. Read our review of the film here. Now playing at the Harris Theater, 809 Liberty Ave., Downtown. trustarts.org/film 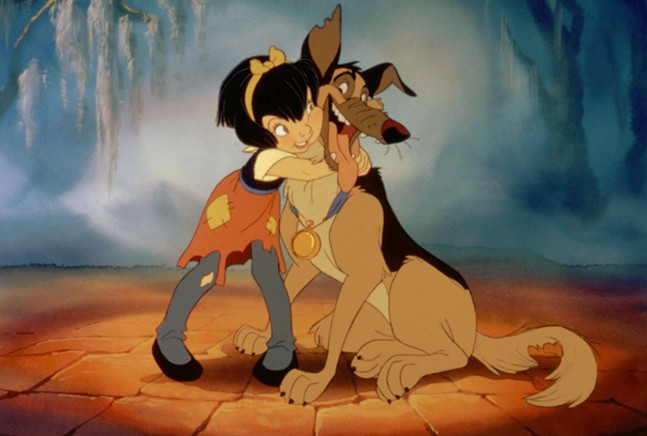 Animated Classics
From anime to stop-motion, this week of animated films at Row House has a little something for everyone. Catch the Christmas/Halloween classic The Nightmare Before Christmas, the heartwarming doggy afterlife film All Dogs Go to Heaven, surreal French sci-fi Fantastic Planet, and Hayao Miyazaki adventure film Princess Mononoke. 4115 Butler St., Lawrenceville. rowhousecinema.com

Courtesy of Sundance
Long Strange Trip: The Untold Story of the Grateful Dead
It's a feat that the Grateful Dead became as popular as they did without courting publicity or making any songs playable on the radio. This documentary takes a look at how the band formed, its passionate fandom, and the struggles of fame. Like every Grateful Dead project, this one is long. The full run-time is four hours (after its initial theatrical release, it was released as a mini-series on Amazon). 7 p.m. Sat., Jan. 25. Rangos Giant Cinema. carnegiesciencecenter.org