Utopia
Every Friday, Pittsburgh City Paper compiles a round-up of new releases and second-run films playing around the city. This only covers films that are new to theaters this week; check out what movies opened previous weeks here.

Mickey and the Bear
In this coming-of-age story, Mickey, a teenager in rural Montana (Camila Morrone) struggles to come into her own while caring for her veteran, single father struggling with an opioid addiction, with whom she has a complicated and volatile relationship. Now playing at Harris Theater, 809 Liberty Ave., Downtown. cinema.pfpca.com 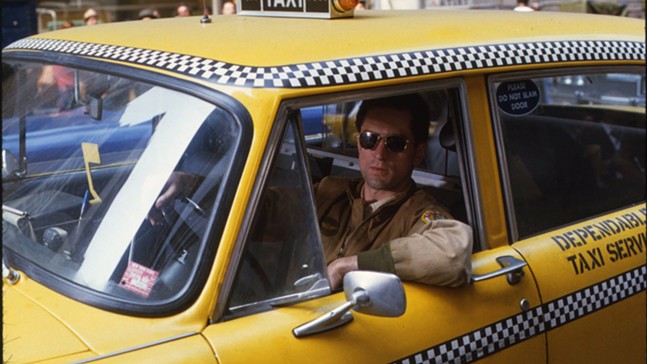 Taxi Driver and hot dogs
You'll need one accessory to really immerse yourself in the New York of Martin Scorcese's Taxi Driver: an NYC-style hot dog. Row House Cinema will provide hot dogs (non-meat, too) with mustard and sauerkraut, included with the price of a ticket. Screenings of Taxi Driver run all week long, as part of the theater's current theme, Day in the Life: Paris vs. NYC, with a line-up including Olivier Assayas' Irma Vep, Downtown 81 starring Jean-Michel Basquiat, and Francois Truffaut classic 400 Blows. Wed., Dec. 11. 4115 Butler St., Lawrenceville. rowhousecinema.org

Amazon Studios
The Aeronauts
This is a dramatic adventure movie about two people who want to fly very high in a hot air balloon. It's based on the true story of aeronauts James Glaisher and Henry Coxwell. In the film, however, the characters are Glaisher (Eddie Redmayne), and a made-up lady aeronaut named Amelia (Felicity Jones), presumably so they could include some women's balloon empowerment. In the trailer, a older woman tells young Amelia that "women don't belong in balloons!" Now playing at Southside Works Cinema, 425 Cinema Drive, South Side. clevelandcinemas.com