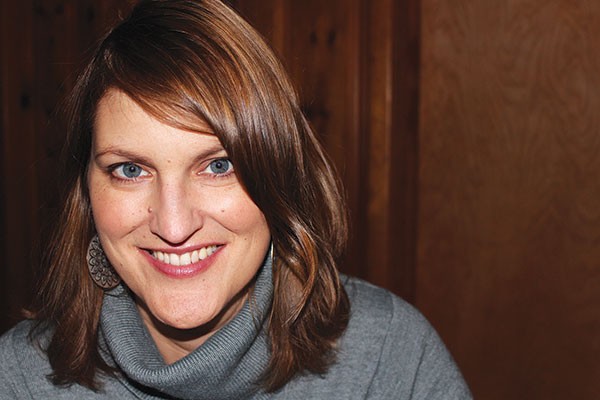 For writer Kelcey Parker, a 2009 stop at Frank Lloyd Wright's Fallingwater was incidental — something to see while visiting Ohiopyle with family. But Fallingwater took hold.

Four years of research and writing later, plus some long-distance volunteering — Parker traveled seven hours each way from Indiana to be a Fallingwater guide for several weekends — she has published a novella set there, Liliane's Balcony (Rose Metal Press).

Parker always knew her project would be "a domestic tragedy."

Through her research, Parker discovered one had already happened at Fallingwater — that of the philandering Edgar Kaufmann and broken-hearted Liliane Kaufmann, who in 1952 overdosed on sleeping pills at the home on top of a waterfall that Frank Lloyd Wright designed for them.

Parker's narrative became a collage of fictional stories juxtaposing Liliane and a handful of modern-day visitors. One is a woman who planned a road trip to Fallingwater with a new boyfriend but was stood up, left sitting outside his place and leaving a string of voicemails, the coffee she brought for him cooling in her car's cup-holder.

"It's almost obnoxiously technical to think this way, but I see Liliane Kaufmann as the vertical core of the book, much like the stone vertical core built up from the rock where the Kaufmanns used to sunbathe by the waterfall. And the other characters extend forth like all those cantilevered balconies," says Parker, who grew up partly in Pittsburgh and now directs the creative-writing program at Indiana University South Bend.

As a volunteer, Parker gathered stories from the visitors who shuffled through the iconic house — roughly a thousand daily.

"One woman was celebrating her 50th birthday by taking a solo trip to Fallingwater. An Argentinian architecture student was about to bust out of her skin because she was so excited to finally see Fallingwater in person," says Parker, also author of the 2011 short-story collection For Sale By Owner.

Despite her tragic death, Liliane Kaufman is in many ways a supporting character in the story of Fallingwater, which primarily swirls around Frank Lloyd Wright and Edgar Kaufmann.

Parker aimed to change that: "Ultimately, I wanted to write a story for her and about her."