If you’re looking to see Three Rivers Stadium, Pitt Stadium, Duquesne Gardens or the Civic Arena, they can be seen only in pictures on the internet 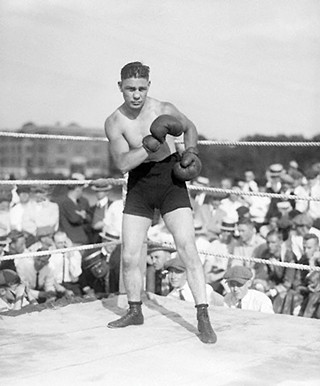 For the most part, the venues that played host to the greatest moments in our city’s sports history no longer exist. A wall and home plate from Forbes Field are still preserved, but nothing else of the famed baseball house. If you’re looking to see Three Rivers Stadium, Pitt Stadium, Duquesne Gardens or the Civic Arena, they can be seen only in pictures on the internet. All of them have been demolished for the sake of progress.

However, two places still remain — Josh Gibson Field, in the Hill, and Motor Square Garden, in East Liberty. The former has been divided into two fields for youth-league baseball, and the latter is the home office for a popular road-side assistance company. The Cheap Seats does not give free advertising, so we won’t say the name of the company. But let’s just say it’s listed right above Alcoholics Anonymous in that unwanted phone book that’s probably still sitting at the end of your driveway.

Josh Gibson Field (formerly Ammon Field) is the site of some of the best baseball ever played between the three rivers. It hosted the Pittsburgh Crawfords of the Negro Leagues. Located at 2217 Bedford Ave., this field is where the great Josh Gibson hit many of his more than 800 home runs as a professional ballplayer. The fabled Homestead Grays also used the field. Gibson was elected to the National Baseball Hall of Fame in 1972, just the second player from the Negro Leagues to be inducted. Perhaps the greatest catcher of all time, the Black Babe Ruth, as he was nicknamed, spent many hours on this very field — as did stars like Satchel Paige, Judy Johnson and Cool Papa Bell, all of whom contributed to baseball history on Bedford Avenue. The teams moved here after the original stadium, Greenlee Field, was razed. That 7,500-seat stadium also was on Bedford Avenue, but was replaced by the Bedford Dwellings.

Greb fought all over the world against some of the best middleweight competition. He wasn’t one of those old-timey racists, either, who refused to fight someone without the same skin pigmentation. Greb fought hard and he fought often. According to records, Greb fought at our MSG nine times without a defeat. The “Pittsburgh Windmill” and “Smoke City Wildcat” fought a record 37 times in one year. Locally, he fought at Forbes Field; the West End Theater, in Uniontown; the Palisades Rink, in McKeesport; Duquesne Gardens; a skating rink in Charleroi; and the South Side Market House. Greb went to battle 298 times in his career and had his hands raised in victory 261 times. He lost only 17 fights and had 19 contests finish in draws. Some of those wins were called “newspaper decisions.” Judges were too easily influenced by nefarious outside forces, so the media would decide who won or lost a fight. Yes, the liberal media was controlling our boxing results.

One of those wins was against Gene Tunney, who finished his Hall of Fame career at 65-1. Greb was his only blemish, although Tunney did beat him three times, and they fought to a draw once in subsequent rematches. Greb wasn’t above or below fighting dirty, but he was not as dirty as Lawrenceville’s Fritzie Zivic.

“The Croat Comet” was the most successful of the five “Fighting Zivics.” Before you saw everyone in Lawrenceville smoking a cigarette in a beard, you saw this family beating everyone up. Zivic was once the world welterweight champion after his stunning upset of Henry “Hammering Hank” Armstrong at Madison Square Garden. Zivic and his band of brutal brothers fought at Motor Square Garden numerous times. Fritzie was known to thumb an opponent in the eye as well as punch below the belt when he needed to. But he grew up in Lawrenceville in the 1920s, so he did what he had to do.

One opponent he did lose to at Motor Square was the “Pittsburgh Kid,” Billy Conn. Conn grew up in East Liberty and came within a round or two of knocking off Joe Louis for the world heavyweight championship. Overall, he won 64 of 77 fights and has a street named after him in Oakland. Conn fought often at Motor Square Garden, and it was the training ground for one of Pittsburgh’s all-time great sports heroes. Motor Square Garden is a much better place to see part of boxing history than the gas station in McKees Rocks where Paul Spadafora shot his girlfriend.

Josh Gibson Field is located near August Wilson’s house, if you’re ever in the mood for a tour of the Hill and its history. And Motor Square Garden doesn’t have a ring in it, but you can stop by and get a good rate on car insurance.