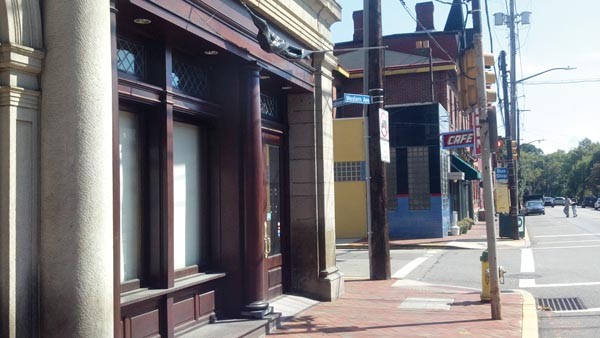 The fate of Brix — the North Side's on-again, off-again wood-fired pizza restaurant and wine bar — has finally been decided. It's closing permanently, to be replaced with a burger restaurant.

"Over the past 20-plus months, we have heard about the 'curse' of 900 Western Avenue, and have only just begun to understand it," says Brix owner Paul Tebbets.

Brix was, in fact, the fourth bar/restaurant to occupy the historic Kinder Building since the first floor was converted from a long-running drug store to True Café in 2003. True closed in 2006, followed by the cocktail bar 900 and then Cassis restaurant.

Brix opened in September 2011, and the neighborhood welcomed the quiet, more sophisticated dining option in one of its centerpiece buildings.

"[Brix] was perfect, in our opinion, for that corner," says Timothy Zinn, president of the Allegheny West Civic Council.

But shortly after the opening, the city's Bureau of Building Inspection cited a number of problems, including the lack of an occupancy permit and appropriate zoning. Some of those concerns were resolved, and Brix reopened again for awhile. But the main sticking point — which ultimately shuttered Brix for good — was the wood-fired oven Tebbets installed.

City code requires an exhaust hood and system. The oven's manufacturer, Forno Bravo, designed it to work without one (although it offers the option for restaurants facing stringent code requirements). Tebbets says Brix made sense financially only because the exhaust system wasn't necessary, but BBI wouldn't budge.

Instead, he plans to open a burger joint called Benjamins — named, in part, after the money he threw into Brix. The venue, which Tebbets says will reopen within a month, will feature six burger options. Space will be reduced to 10 bar seats and 22 table seats. It'll include pool tables, darts and a juke box. Like Brix, it will offer a full bar, but the wine selection will be less extensive.

"It's still going to be a nice place," Tebbets offers.

And the burgers will be prepared on a stovetop that is ventless — but city-approved.