North Side vs. Everybody 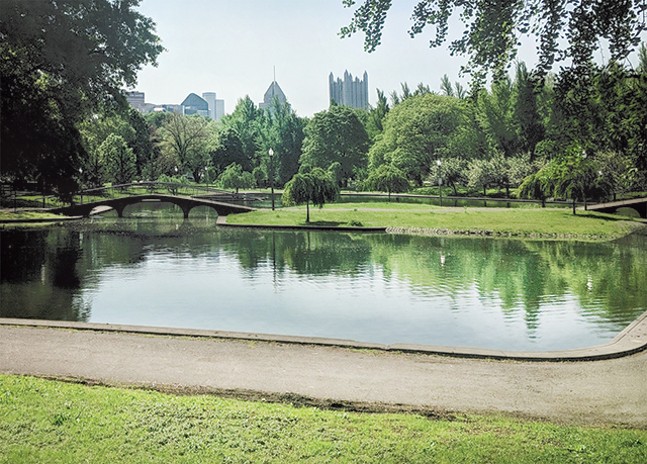 “Why is this event all the way over here?”

“All the way over here” was central North Side, a three-minute drive from Downtown, a 15-20 minute walk.

I explained how close North Side is to Downtown, only to be told by my East End friend that, “No one goes Downtown anymore. They should have had this event on the East End.”

A couple years ago, a new-to-Pittsburgh Allegheny General Hospital doctor told me that the North Side stopped north of AGH. According to her imaginary map, the North Side began at the “North Shore" — the use of that term is a clear indicator that she doesn’t live on the North Side — "and ends right behind the hospital.”

Actually, it extends miles beyond the hospital, I told her. But she explained that if you're taking I-279 in from Cranberry, the “first exit” into the city is North Avenue, where the hospital is, meaning the beginning or end of the North Side.

She is wrong, of course.

I am a bridge and river crosser from way back. So when I returned to Pittsburgh in 2014 and saw “North Side vs. Everybody” t-shirts, I would roll my eyes. But these days I don’t, because in an East-centric Pittsburgh, the North Side is often ignored and misunderstood.

Most non-residents actually don’t go much farther north than North Avenue. Where a news broadcast indicates a specific neighborhood: Shadyside, East Liberty, Larimer, Squirrel Hill. But if something happens in one of our nearly 20 neighborhoods, it's rounded up to “on the North Side.”

Growing up in Pittsburgh and experiencing the entire city was how I thought everyone lived. I didn't know any of the “never cross river" types only made me love the things that made the North Side unique, while also connecting to the heart of soul of the City of Pittsburgh.

The North Side, to me, is the Lake Elizabeth view of Downtown that makes me think of a little Central Park. I miss the crosswalk over the train tracks, but I still get to the park, tennis courts, and Gus and Yiayia’s for popcorn and lemon ice. North Side is a pot of tea at Arnold’s Tea, a pint at Allegheny City Brewery, and a cocktail at Wigle Whiskey. It is the walk up a hill to burn the calories you are about to inhale at Breadworks.

It is the librarians at the Carnegie Library who don’t need to see my card anymore because they know my name. It is the slightly harrowing bike ride down to the freedom of a trail, riding west through Manchester past the house boats and down to the old prison.

It is the view from Riverview park, the telescope at the Allegheny Observatory and Observatory Hill. It is the African market on East Ohio Street where I can get a box of instant fufu. Used or new books at City Books. It is the Red, White & Blue on Ohio River Boulevard.

It is the Mattress Factory and the City of Asylum. It is the Allegheny Unitarian Universalist Church that opened their doors to this atheist women in need of a warm, friendly landing after years of living overseas. It is walking to the Andy Warhol Museum when I need a color boost and a view away from my sewing machine. It is Thai, BBQ, Jamaican, soul food, and more and more and more.

North Side is Pittsburgh.