Courtesy of Northside Leadership Conference
We Like Bike! logo
Pittsburgh is planning to add more than 100 miles of bike lanes to its streets over the next few years as part of its Bike (+) network, but there’s more to bike infrastructure than just bike lanes. On the North Side, a local advocacy group has a program to that seeks to fill those gaps.

When people use their own bikes, they need places to park and lock them when not in use. And with increased use, there’s an increased likelihood that bicyclists will need to do impromptu bike repairs.

Walk Ride Northside started the We Like Bikes! program to work with local businesses on the North Side to provide bike racks and repair toolkits at local small businesses that were strategically chosen to make bicyclists’ travels more convenient.

“While it isn't the complete solution to all bicycle and infrastructural issues, we're hoping that it's a piece of the puzzle,” says Jesse Descutner of the Northside Leadership Conference.

Walk Ride Northside is a volunteer-led bike/ped advocacy committee. As part of the Northside Leadership Conference, the committee launched We Like Bikes! in June 2019 with a grant from One Northside that allowed them to purchase repair toolkits from Bear Dog Bicycles, a bike shop on the North Side. We Like Bikes! distributed those toolkits to its 13 business partners across nine North Side neighborhoods.

The kits include tire pumps, tire levers, patch kits, chain tools, and screwdriver/wrench multi-tools, and Descutner provided brief tutorials on how to use the tools so that businesses could offer guidance to bicyclists in need. 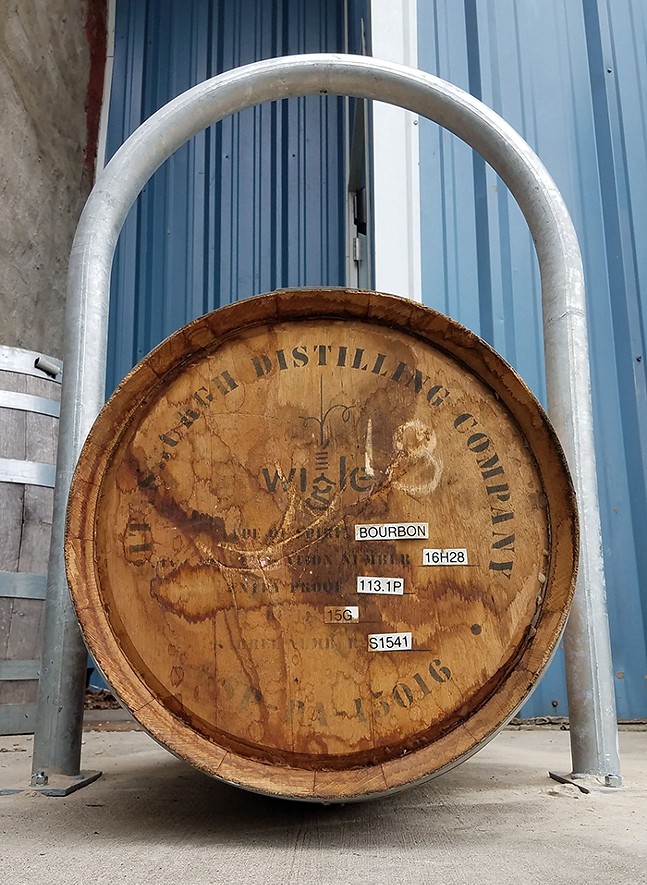 Courtesy of Northside Leadership Conference
Threadbare Cider and Mead bike rack.
We Like Bikes! expanded its program with money from the Pittsburgh's Urban Redevelopment Authority. On Sat., April 17, it installed eight bike racks at six locations — City Fresh Pasta, Café on the Corner, Young Brothers Bar, Observatory Hill Deli, Threadbare Cider and Mead, and Penn Brewery — five of which previously had no bike racks, giving people more mobility options for biking to work or for pleasure.

While the bike racks will be helpful for cyclists, We Like Bikes! also intends for its bike rack and repair toolkit programs to help business partners by encouraging cyclists to patronize the businesses they stop at.

“These are all very small and independently owned businesses," says Descutner. "And while they’re very enthusiastic in supporting bicyclists, we want to make sure that people are in turn supporting them as well, and, and it's like a symbiotic relationship between bicyclists and small businesses."

With half of the grant money remaining, We Like Bikes! plans on expanding its network of bike racks across the North Side. At the moment, it plans to add 10 more bike racks, and its members are currently scouting locations for where to place the next set.