"All this is driven by the desire to showcase art and make it a living thing." 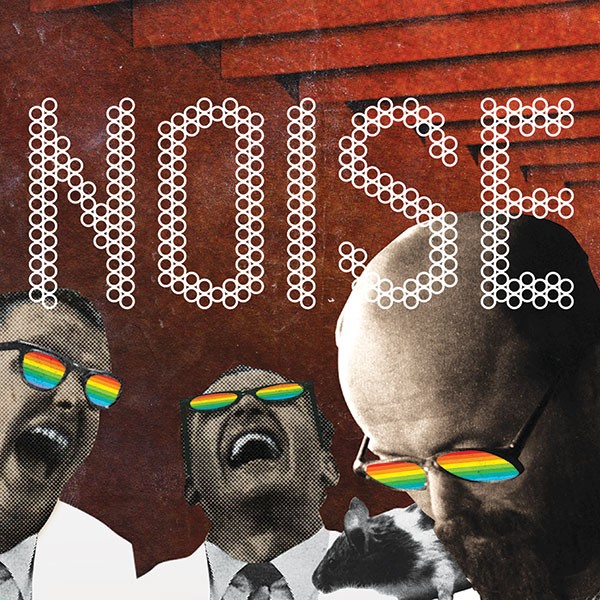 Few things are more irresistibly interactive than bubble wrap, which is why Doug Dean and Bill Krowinski used it to cover the posters and handbills promoting their design-and-music event, NOISE.

Both senior designers at North Side-based design agency Wall-to-Wall Studios, Dean and Krowinski set out to create an event that would combine their two loves. "Our thinking was, showcasing design professionals who also played music," Dean says. "It was geared as an event to engage our design community." His zombie-themed band, The Wakening, and Krowinski's band, The Velcro Shoes, both played the inaugural event — NOISE V1 — at Lava Lounge in 2011. They projected photos of album art, T-shirts, logos and promo material during the show. "We wanted to do a design event that also showcased music in equal levels," Krowinski says.

For 2012's NOISE V2, at 6119 Penn, which featured The City Buses and The Red Western, they widened the scope. "Since every band has band art, we decided to open V2 up to any band and labeled it a ‘design/music experiment,'" Dean says. This way, they could draw a design crowd, as well as a wider selection of general music fans. They're calling the third installment "an interactive design/music experience," and — with Commonwealth Press' South Side warehouse at their disposal — they have space and flexibility to do much more than they could at most clubs or bars.

For V3, they enlisted Chris "#2" Barker and his band, White Wives, both to play and to help plan. "I knew he was art-minded," Dean says. "I went to him and said, ‘I think White Wives would be perfect.' Right off the bat, Chris was stoked." They'll be accompanied by painter Mike Egan, who will making art live during their set. The Wakening also appears, and — among other things — NOISE will feature a crowed-sourced show-flier wall, with posters sent from all over the country, and an interactive sound installation by Maurice Rickard, which involves an entire room covered in bubble-wrap that will be amplified with microphones. White Wives will showcase what Dean calls their "vast amount of fan art."

"All this," Dean says, "is driven by the [desire] to showcase art and make it a living thing."