Pablo Larrain's docu-drama is a fascinating slice of Chilean history, particularly for students of political marketing 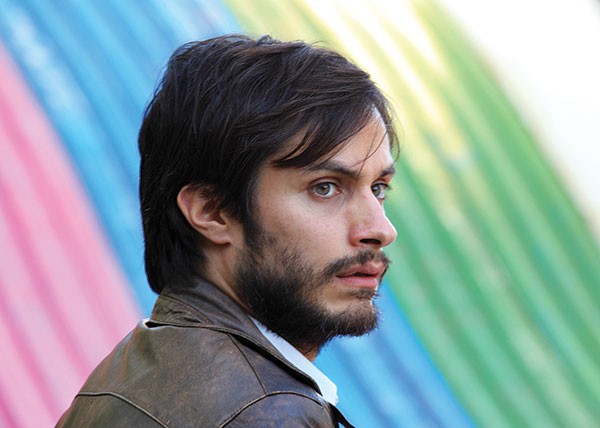 The power of no: Gael Garcia Bernal
In Spanish, with subtitles.

The Oscar-nominated No is the conclusion of Pablo Larrain's film trilogy about Chilean life under Augusto Pinochet, and fittingly, this docu-drama recounts some of the significant last chapter. In a 1988 plebiscite, Chileans would vote "yes," to keep Pinochet in power, or "no," to hold an election.

Rene Saavedra (Gael Garcia Bernal), a young and relatively edgy advertising man, is hired to work on the "No" campaign. Each side will get 15 minutes of TV time for 27 days. Saavedra's gamble is to engage disaffected and cynical non-voters by promoting a shiny new future, rather than focusing on the grievances of the past: life-after-Pinochet as a product for which he will create desire among consumers, a.k.a. voters. It's as deceptively simple as a rainbow logo and a catchy jingle ("Chile, happiness is coming").

But opposition to the ruling forces in Chile isn't so simple, or sunny. Saavedra's boss is working on "Yes," and the potential for violent reprisal from the government is very real. (Knowledge of Chile's political history is helpful, but not necessary.)

Regardless, No is a fascinating slice of history, particularly for students of political marketing, and Larrain, who used vintage cameras, deftly incorporates archival footage. No offers a fair amount of tension given the known outcome, a smattering of sly humor and an intriguingly enigmatic performance from Garcia Bernal.