No Room for Improvement: Too many hurdles doom South Side service district

"To change communities is a complex beast." 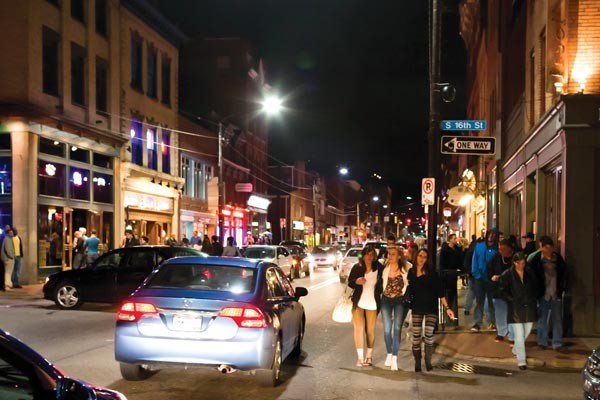 As longtime South Side resident Sue Booritch took the microphone at the monthly South Side Planning Forum meeting, she received raucous applause.

In part, it was because she opposed a new neighborhood-specific tax proposal. "I get no benefit from this," she told the crowd of 100 crammed into the UPMC South Side cafeteria. But she also received kudos simply for her longevity in the neighborhood.

"I've been a resident for 72 years," she said to even more thunderous applause.

A few minutes later, by contrast, a twentysomething resident who favored the plan took the microphone. "I've been a resident of the South Side for three years," he said — and was met with groans and sarcastic "awws."

When another younger supporter stated he had moved from the suburbs to the South Side, an audience member shouted, "If you don't like the way it is, go back to the suburbs!"

For the past several months, meetings of the planning forum — which is composed of representatives from a handful of community groups — have been heated. Living in the city's entertainment district has its challenges, many of which arise from the active bar scene. But residents and business owners are sharply divided over whether they should create a new taxing district — a "neighborhood improvement district" (NID) — that would charge an annual fee for increased security, cleaning and other services.

During at least two meetings, more than 100 residents have expressed discontent with the proposed district, whose boundaries would include residential and commercial property owners in a zone between South Ninth and South 29th streets, encompassing most of the area between the Monongahela River and the base of the South Side Slopes.

While the Planning Forum voted unanimously to send the proposal to Pittsburgh City Council to start the legal process and ultimately decide its fate, District 3 Councilor Bruce Kraus says he won't introduce legislation for a plan that places any financial burden on residents.

Kraus' position means that, for now, a lengthy battle has ended. But the wounds of the experience remain. And so does the problem.

"Divisiveness is sometimes a byproduct of the process. This one really broke my heart," says Kraus. "We all want the same thing; we just differ on how to get there."

In the South Side's case, neighborhood planners like Susie Puskar, neighborhood outreach coordinator for the NID steering committee, say support and opposition for the NID "is a mix of demographics." But at the May 8 meeting, supporters mostly appeared to be in their 20s and 30s, while more longtime residents said they opposed it. Almost everyone who spoke invoked their length of residency.

A generational divide would not be unusual, say community planning experts. Nor would tension between older and newer residents. 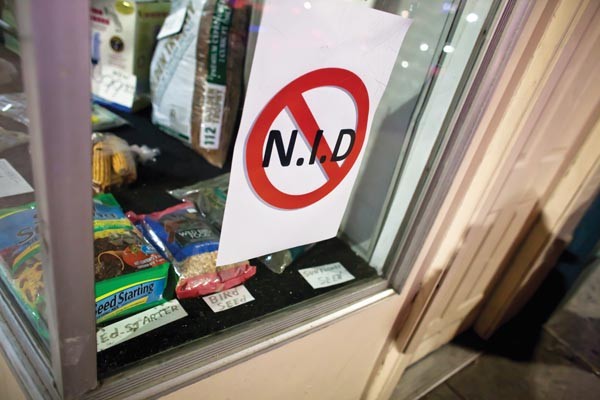 Photo by Renee Rosensteel
Opposition to the NID has been visible.

"The older generation is resistant to change and the younger generation is impatient," says Chris Beichner, executive director of the Mount Washington Community Development Corp. "That is not universally true, but in general, it is accurate when it comes to many things in society — including community development."

An NID effort in Mount Washington "failed miserably" in 2011, Beichner says. He attributes the failure to an attempt to include Grandview Avenue residents alongside businesses, as well as "our lack of outreach to those who would be affected."

"To change communities is a complex beast," says Charles Colgan, a professor of public policy and planning at the University of Southern Maine. "A relatively small number of people work [on a plan] intensely. When that group is finished, they roll it out for a larger review, and everyone looks at it like, 'What the hell have you been doing? Why haven't I been involved?'"

In the South Side, the median tax — based on total assessed value of a property —- would cost residents an estimated $126 for owner-occupied property annually. Commercial property owners could face a median fee of $862 a year. For seniors or those with limited income under Act 77, there would be no fee.

NID supporters say the South Side Flats zone would directly benefit from services the tax could pay for: extra security, street sweeping, beautification. Opponents, they say, haven't provided any alternative proposals for cleaning up after Carson Street's weekend-and-holiday bacchanals.

"City services rise and fall based on Grant Street politics," says Colin White, 27, steering-committee member and member of the South Side Community Council. "By forming an improvement district, by pulling ourselves up by our own boot straps, we're able to take services that we need and deserve outside of that political spectrum."

Critics, however, fear the opposite effect: that the NID would fall prey to neighborhood politics and business interests. And the steering committee "didn't draw a clear picture for people to know what a NID does, let alone clearly define for people what it was going to do for them," says Michelle Berard, 44, a younger, vocal critic of the NID. "They just kept citing safety issues and cleaning issues, and everything was focused on Carson Street."

Berard and others argue that residents should not be on the hook for problems created by Carson Street bars. And the city, they say, should be doing more for taxpayers.

"There are things well within the control of city government, like the bars who give 50-cent and $1 drinks, and kids come from college and get pie-eyed and cause havoc," Berard says.

But the committee points to a survey it mailed out in August to 2,900 property owners. Kim Collins, co-chair of the NID steering committee, says 30 percent responded. "It was overwhelming the majority of the people that were either for or extremely interested in an improvement district being formed," Collins says. And planners say they just want the process to play out through city council, when property owners would have the chance to file a written objection. But under state law, those who don't file an objection are considered to be in favor of the plan.

"I think we all just wish that they would allow the democratic process to happen, just let the people have the vote," says Collins. "To stop it before the people have a chance to say, 'Yes we want this,' I just think it's completely unfair."

As the dust settles from the current battle, the NID's future is unclear. "It could potentially sit on a shelf for a year or two," says Collins.

In a May 14 letter to the planning forum, Kraus wrote that when the process started more than a year ago, he was upfront in stating that he wouldn't support a plan that assessed residents, rather than a BID, which assesses only businesses. Among his reasons, he wrote, were "uncertain financial times" and the fact that property-owners face increased values and uncertainty related to property reassessments. He wrote that he asked the committee to postpone its plans until after the reassessment was settled, but the idea "was not received."

"My responsibility as an elected official is to assure a detailed accounting of how $5 million collected over five years was to be spent and what benefits it would provide," he wrote. "Sweeping streets and providing for more police was too broad and loosely defined."

As of press time, forum members were waiting to see the letter. But Collins says planners are disappointed in Kraus, who she says was "unwilling to work with our committee." She contends there was a "silent majority" of supporters who did not come to meetings because of the confrontation.

"It's the same 30 people who show up to these meetings just screaming that made the news," says Collins. "That kind of overshadowed the people who said, 'Yes, we want this. This is awesome. We're willing to pay for this.'"