“There’s some anger in there that betrays my subject matter a little bit. It was an angry time. But less so now.” 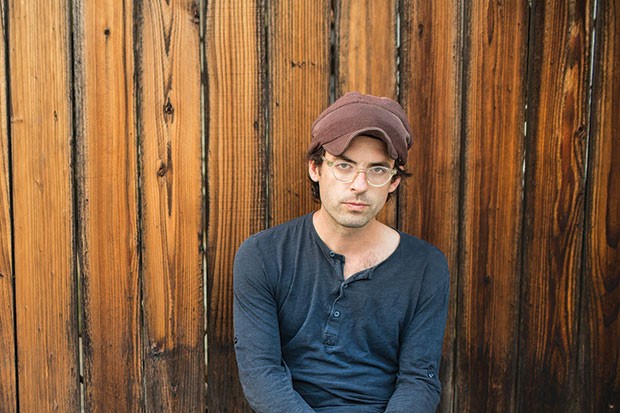 9 p.m. Fri., May 5. Club Café, 56 S. 12th St., South Side. $18. 412-431-4950 or clubcafelive.com
Alec Ounsworth is traveling through Mississippi when City Paper reaches him by phone. The high-pitched drone on the line goes away each time he speaks, but nevertheless, it’s uncertain whether the signal could go dead at any moment, taking the singer of Clap Your Hands Say Yeah with it. This suspense seems appropriate for the front man of a band that plays catchy, yet off-center songs, and which caught fire 12 years ago, without the help of any big-time machinations. The music was sometimes hard to understand, but always intriguing.

The weekend before the current phone call, CYHSY played shows in Houston, Austin and Dallas. The day after the phone call, the band will be in Tampa, Fla. In some ways, the group is continuing on the path it started in 2005. CYHSY has now released five albums on its own and continues to hit the road for long stretches, traveling by van like your typical young, aspiring band.

On the other hand, things have evolved. CYHSY has sustained a large, devoted fan base, years after the initial buzz. Ounsworth, who plays guitar and sings, is the only member remaining from the original lineup, which came together in Brooklyn. His vision always guided the band, but the sound has grown from the raw, energetic debut to the more atmospheric sound of 2014’s Only Run.

The Tourist, the fifth release under the CYHSY name, was released in February. Ounsworth’s unique vocal style — high-pitched and dramatic, occasionally slipping into an intense whine — guarantees you’re in the right place. But The Tourist also contains some of the most ear-catching hooks in the band’s catalog.

Ounsworth laughs upon hearing the term “ear candy” used to describe the more infectious songs on The Tourist, like “Fireproof.”

“I don’t know. Maybe so. I’ll take your word for it,” he says, explaining later that he never reads his reviews, having been the subject of media frenzy following the release of the debut album. In addition to being lauded as a “buzz band” in Rolling Stone back then, a particular term was bestowed on CYHSA by the online press. “They called it ‘blog rock,’ which is a totally ridiculous term,” Ounsworth says. “It has no meaning, zero meaning. I was always amused by that, and the nature of the buzz band. It’s just pointless.”

Although Ounsworth has no real connection with an online journal, his lyrical perspective indicates a literate approach, which establishes outlines of stories to go with his music. “I did study fiction in college, and I have written short stories,” he says. “But I never thought I was that good at it. Poetry was more understandable to me.”

The Tourist was written when Ounsworth was going through a difficult time in his life. He’s reticent to give details. “It’s one of those things that’s never going to really go away,” he says. “And I’d rather not talk about it explicitly. There’s some anger in there that betrays my subject matter a little bit. It was an angry time. But less so now.”

While the inspiration might have been less than pleasant, the 10 tracks that resulted from it don’t sound dreary. “Down (Is Where I Want to Be)” and “Better Off” both feature roaring codas, which benefit from a pounding rhythm section and overdubbed vocals, respectively. “I like the juxtaposition of making these little melodies, [with] three-part harmonies on occasion drifting over things, with lyrics that are almost attack-minded,” Ounsworth says.

While CYHSY’s approach might evoke other bands’ sounds, the comparisons don’t fit easily. Moments that feel like tightly arranged ’80s new wave comes off with a scrappy feeling; and pop structures make right-angle turns rather than simply going to another chorus. Ounsworth cites two iconoclastic artists as inspiration: John Cale, in his post-Velvet Underground work, and Robert Wyatt, the English art-pop bard whose gorgeous high voice reveled in everything from jazz to political folk. Noting their inspiration, he says it also “would be helpful for other people to listen to those [two] and establish an understanding for … what these influences might be, what shapes a good band.” He goes on to say that people usually compare him to something that’s way off base. “But that’s fine,” he says. “I appreciate the guessing game as much as anybody.”

Although the European editions of the band’s records have the backing of independent labels, Ounsworth does it himself, domestically. That includes releasing everything on vinyl as well as CD. After all this time, the process still presents many challenges. “I have to front all the money myself,” he says. “Also, by virtue of how people consume music these days, streaming specifically, there’s no way to budget. So I’m shooting in the dark as far as what your recording budget should be. It’s more unpredictable than it ever was. It’s on me to try and negotiate that, whereas with a record label, they would maybe get some pop band to put something out to offset the cost of the real stuff that they put out. But I don’t have any indie-pop band on my non-existent label.”

When it’s suggested that, perhaps, he should create an alter ego for such a project, he laughs: “It sounds tempting. Very dishonest, but tempting.”

A conversation with novelist Alice Hoffman