"For me, this is perfect: I get to play music and do what I love full time." 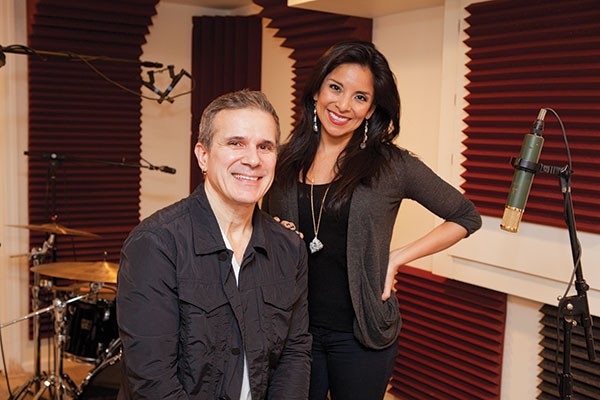 When you think "wedding band," certain characteristics come to mind. It's probably got a pretty standard repertoire ("Celebration," "Electric Slide"), and likely is just a wedding band — an outfit that aims to please brides and grooms, but might not be pursuing any musical interests of its own.

Then there's No Bad JuJu.

The longtime local soul-rock band is well known on the club circuit, and last year released its latest album, No Covers, a collection of original music penned by vocalists Mark Matteo and Sabrina de Matteo. But the group is also a wedding-and-event staple.

Matteo estimates the eight-piece band plays about 15 weddings a year, in addition to corporate events and club shows. It's an unconventional setup, but it's one that suits him just fine.

"Some musicians might say, 'I'd rather work at [a food-service job] than play in a wedding band,' and that's fine," Matteo says. "But for me, this is perfect: I get to play music and do what I love full time."

No Bad JuJu operates on something of a hybrid model. While the band writes, records and releases its own music (and plays originals at club dates, or on request at hired gigs), it also plays a substantial list of covers — though sometimes played a little differently.

"If, say, we do a Katy Perry song, we're twisting that," Matteo says. "We're putting horns in it; one of the songs we go into a kind of ska feel."

Matteo says that a No Bad JuJu wedding set isn't for just anyone; those seeking the standard set list, or who want to dictate every song, might be better suited with someone else.

"There still is a traditional wedding-format list, which we don't do," he adds. "'Shout,' 'Play That Funky Music,' 'Brick House,' 'You Shook Me All Night Long' — all that stuff you hear wedding DJs do, bands do too.

"All those songs, we do none of. I've actually turned down weddings because people ask, 'Do you do "Oh What a Night?" I'm sorry, but that's not really our thing. We'll keep them dancing, we'll play all music they know, but the majority of people who contact us about a wedding have heard about us through the grapevine, or seen us live before."

For those folks, No Bad JuJu is in demand. Some will even request No Bad JuJu originals for their big day. Matteo knows, though, that ultimately you want to be only so different when you're playing as a wedding band.

"I almost shy away from [playing originals] at a wedding," Matteo says. "Because we're not there for us. We're there for them. The majority of people at a wedding aren't gonna dance unless they know the song."