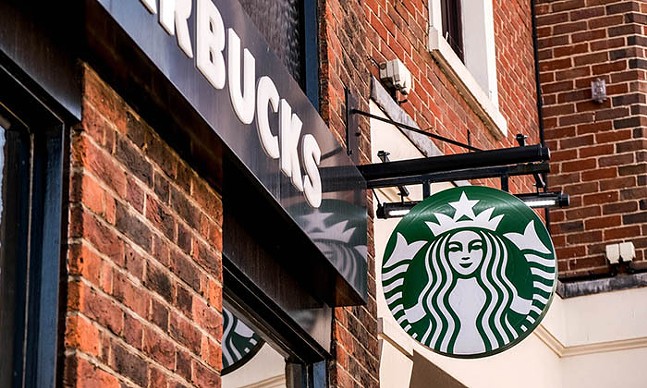 The National Labor Relations Board has filed a 19-page complaint against Starbucks for a "myriad of threats" managers allegedly made to Pittsburgh-area organizers.

According to union Starbucks Workers United, management at a number of local stores have sought to intimidate workers and dissuade them from unionizing.

A list of offenses leveled in a press release says this includes threats workers would be fired, lose their benefits, miss out on promised raises, or face other disciplinary measures. In the case of the Craig Street location in Oakland, workers were reportedly told the store could close if employees there unionized.

The filing follows a series of claims from local workers who say they were illegally dismissed for their organizing efforts. Across the country, many labor advocates say the coffee company is conducting a "scorched-Earth policy."

Pittsburgh has seen an outsized share of the company's latent organizing movement, which began in Buffalo last December and has since swept across more than 300 stores nationwide, including at least 14 in Allegheny County.

None of the unionized branches have yet secured contracts.

Local organizers say the labor board filing vindicates their public complaints of retaliation against union organizers.

"The news of these charges in Pittsburgh finally being filed against Starbucks is incredibly validating for all the workers here. We have suffered under their anti-union campaign for the better part of a year now,” Jacob Welsh, a Pittsburgh Starbucks worker, says in a statement.

“We have a lot of workers who are being lied to, mistreated, threatened, bribed, or fired, and it's heartening to see that the NLRB has decided to pursue legal recourse regarding Starbucks' behavior in the steel city."

Starbucks has recently accused the labor board of siding with union organizers instead of acting as a neutral facilitator of negotiations. In a scathing Aug. 15 letter directed to the board's national headquarters, lawyers for Starbucks accuse the labor board representative in Kansas City of "engag[ing] in highly improper, systemic misconduct involving Starbucks and Workers United."

In a response to questions about the Pittsburgh labor complaint, a Starbucks spokesperson said the company is not guilty and plans to fight off the allegations.

"We believe this complaint is without merit and intend to defend against the alleged violation," the spokesperson said in an email. "To date, Starbucks has not been found to be in violation of any of the allegations."

This story was updated at 6.25 on Sept. 25 to include a comment from Starbucks.

Starbucks Union Workers: Pittsburgh's People of the Year 2022 in Labor