Western Pennsylvania's artisanal cheesemaking market "reminds me of where beer was [in Pittsburgh] 10 years ago." 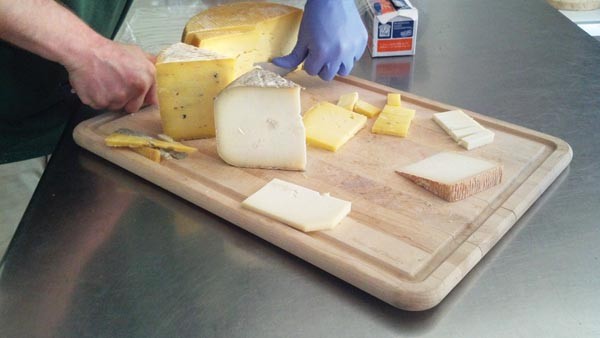 Photo by AmyJo Brown
Western Pennsylvania cheeses hold their own.

Lori Sollenberger asked for it.

"The cheeses you sent me are masterly in execution. ... But they are boring," read the letter she received from Steve Jenkins, owner of New York Fairway Market and one of the country's top cheesemongers. "So boring that I would not ... include them in my selections at the stores I operate."

A self-described perfectionist, Sollenberger started making cheese in 2005 at Hidden Hills Dairy, her family's Bedford County dairy farm. She'd solicited Jenkins' input because she knew "This is one place I will get blunt feedback."

That willingness to put herself on the line brought Sollenberger to the attention of the judges awarding the region's first Cheesemaker Scholarships. In her application, she wrote that Jenkins' critique made her realize she "would never produce truly memorable cheeses unless I ventured into something less mundane." Now, as one of two people to win a $2,500 scholarship, she'll get that chance.

About a dozen cheesmakers applied for the scholarships, which were sponsored by Slow Food Pittsburgh and targeted those who used milk from animals living on a farm they operated.

(The other grant winner, Sam Byler of Clarion County's Riverview Dairy, is an Amish dairyman seeking to expand from goat-milk into sheep-milk cheeses.)

Sollenberger plans to use her grant to travel to France, where she'll study alpine cheesemaking, which uses special aging techniques.

Western Pennsylvania's artisanal cheesemaking market "reminds me of where beer was [in Pittsburgh] 10 years ago," says David Lagnese, a Slow Food advisory board member and owner of PA Made Cheese.

The local market has a lot of potential, agrees Trevette Hooper, owner of Oakland's Legume restaurant, which held a dinner to raise scholarship funds.