New report shows how disproportionately Black people in Pittsburgh are incarcerated, arrested, and confronted by police 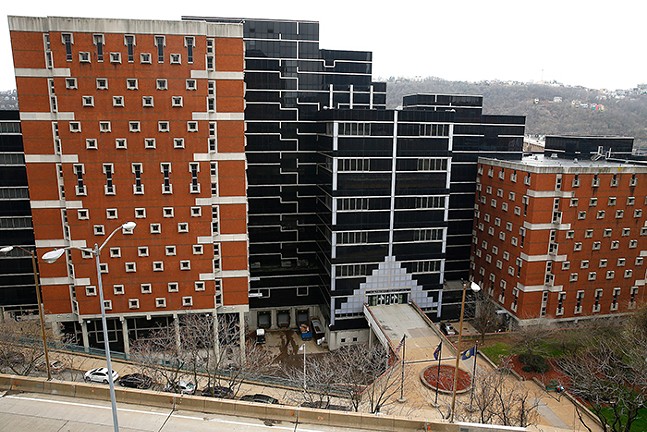 In a press release, the ALC describes the report as analyzing "trends in arrests and bail decisions, highlighting the impact of police and judicial discretion" in which they found "an undeniable system of racial apartheid." The report collected data from Allegheny County municipal court dockets from May 11 to June 8 of this year.

The ALC is a Pittsburgh-based law firm that advocates on behalf of incarcerated people, especially those whose rights were violated during the judicial process or while in jail or prison.

Among the most significant statistics in the report is the finding that the population of the Allegheny County Jail is 67% Black, even though Allegheny County's population as a whole is less than 13% Black. Within Pittsburgh, the Black population is around 23%, but according to the ALC's report, Black residents in 2019 experienced 69% of all search and seizures made without a warrant, and 63% of all arrests by the Pittsburgh Bureau of Police.

"ALC Court Watch can also confirm through its observations of preliminary arraignments that judicial inquiry concerning a defendant’s ability to pay bail is rarely undertaken, even though it is a constitutional requirement," states the report. "This practice functionally undermines the purported presumption of innocence that is supposed to define the criminal prosecution process."

The U.S. has one of the only court systems in the world that uses a bail system with a significant amount of commercial bail. If a defendant cannot afford bail, they can use a private bail bond company who will front the cost in exchange for a non-refundable fee, and using property or material goods as collateral.

Between May 11 and June 8, Black men in Allegheny County, who make up less than 7% of the population, were assigned 39% of the over $5 million total amount of bail assigned during the studied period.

Similar racial disparities have been found across the criminal justice system in the area. A 2018 report found that Black teens in Allegheny County were 20 times more likely to be charged as adults compared to white teens.

"The data accumulated by the Court Watch Program shows that — as a result of racially disparate policing and bail decisions — Black residents are more likely to be arrested, charged, and have monetary bail imposed against them," states the ALC press release. "This alone meets the legal definition of racial apartheid, a crime against humanity as defined by international human rights law standards."