A review of Hearken's carte blanche 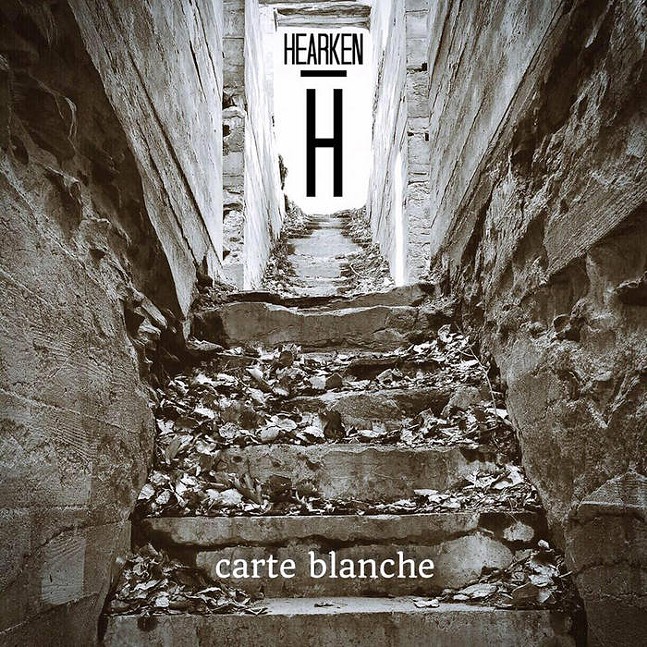 Hearken is a grunge-rock duo composed of Donny Donovan (Dinosoul, ex. Roulette Waves), on vocals and guitar, and Greg Brunner (ex. Roulette Waves) on drums. Its debut EP is called carte blanche, and as the title suggests, it offers sound and lyrics that urge reclamation, freedom and risk-taking. The attitude of bands like Nirvana, The Distillers and Screaming Females is present in Hearken’s sound, but carte blanche’s sonic diversity and Donovan’s vocals give the music a brand-new feeling. It’s like a grunge revival that doesn’t just revive, but also puts a fresh pep in the genre’s step.

In three songs, Hearken manages to boldly experiment with genre without sounding sloppy or confused. carte blanche leads with the strongest song on the release, “Wake Up.” This track feels the most realized with its mix of gritty alto vocals in the verses, and sharp, heavy vocals in the chorus. Its big sound makes it feel appropriate for basement and bar gigs, but it also would not sound out of place in an arena; the drum work is the most creative on “Wake Up.”

“Sure Shock” has a nice mid-tempo feel, and Donovan’s ability to riff hard is very evident in this track. “Tired” is the poppiest of the tracks, but that half-time chorus is destined for a fun crowd-pogo opportunity.

Donovan’s flexible vocals capture the soul of the bands in the early grunge movement, from Hole to Pearl Jam, in one fell swoop. Sometimes the reverb on the vocals almost hides the unique timbre that makes Donovan’s voice so distinct and special, but it is a smart production tool that makes two people sound like five.

Hearken is bringing something special to Pittsburgh’s alternative scene by combining smart songwriting with clever genre-blending. All three of these tracks would be natural fits into the rotation of any major alternative radio station. With this very strong debut, Hearken is certainly a band to watch.