Reviews of records by Sikes and The Park Plan

It’s hard to tell how many levels of irony Brian Howe, known by the stage name Sikes, is operating on. I’ve Seen Better, released this past August, is the rapper’s fifth album, and his first featuring his live backing band, The New Violence. Eschewing the braggadocio that’s so common in hip hop, Sikes is more eager to be painfully self-deprecating. On the track “Low Expectations,” Sikes exclaims, “When I take my own life, dump my corpse in the street and fill the air with the failure my body will reek.” He’s already setting himself up to disappoint, and with a title like I’ve Seen Better, it’s easy to ask, “Why bother?” 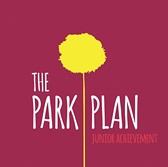 Adam Jannon-Fischer, the vocalist and guitarist for The Park Plan, has an unhurried baritone that glides over the band’s smooth surf-pop in such an unassuming way that you might not realize the words he’s singing have a satirical bent. On songs like “Gender Gap” and “Good Guy With a Gun,” Jannon-Fischer sets out to portray the disturbing nature of American society, but doesn’t always get his point across.