Full-length from the local singer-songwriter. Simple arrangements, mostly just guitar and Wilson's voice, both of which shine — his vocals at times recall James Taylor. While the minimal arrangement works, it also brings to mind the question of what these songs would sound like with a full band — after a few songs, solo acoustic guitar can start to beg for accompaniment. Wilson's folky writing often feels like it's on the verge of greatness: He's got clear talent, but often on this album, he falls back on folk-rock tropes and generalities. What would really put his writing over the edge is going more specific and emotional, or else more abstract — either would be good, it's trying to stay in between that can make music, especially in the crowded singer-songwriter field, fall flat. All that having been said — a really good effort, from a promising young musician who we'll be hearing plenty more from. 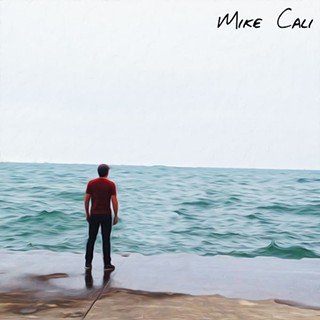 New EP from the rock singer-songwriter with full band — heartthrobby love songs written and performed quite well. Cali's silky voice and laidback tunes put him in the slacker-rocker category with guys like John Mayer and Jason Mraz, albeit maybe a little more genuine than them. The highlight of this one is "Wronged Heart Right," with its folk-guitar-picking vibe and steel guitar; not far behind is the aspirational rocker "Chase Tomorrow." Good stuff from Cali!