Recent music from The Lampshades, Surface Level Records and The Hills and the Rivers 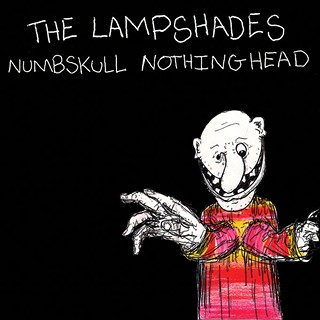 A new full-length — the first in over five years — from the local garage-rock outfit. Superb songwriting informs the entire 13-track spread, which ranges from abrasive post-grunge to updated takes on classic pop songwriting. A fuzzy guitar tone and so-what vocal style tie the whole thing together tidily; this is a band that knows, and lives, its aesthetic. This record would've fit with the mid-'90s zeitgeist of nihilistic slacker indie rock, but it's just as lively — and fitting — in 2014. Great release!

A collection of tracks from local hip-hop artists associated with Surface Level: The Fortified Phonetx crew and others. The tracks span the past few years, but were all unreleased until last month. This is a community on the rise — a smart, arty take on rap with antecedents in both the golden age and backpacker hip hop. Proseed and Connect both provide some of the highlights of this one, but it's all worth a good listen, especially since it's free.

The Hills and the Rivers
The World
(Self-released)

A contemporary vibe and instrumentation from folk traditions from around the world color this full-length release from the local band. Banjos, fiddles, djembe — a complex mix, especially with the charming and naïve vocals reminiscent of any number of twee folk-punk bands. Neo-hippie, sure, but it all adds up to something unique and well worth a listen.