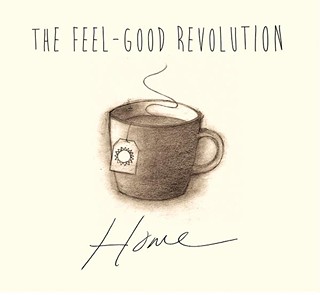 New 10-track full-length from the guy-girl duo named, presumably, for a Bright Eyes song. Sweet stuff — Cody Kraski and Claire Secen trade off vocals, then much of the time create beautiful harmonies between the two of them. Some of the content is happy, some sad, but most of the album feels so squeaky-clean, it's often tough to break through to the emotion. But catchy songs well-performed.

Impressive sounds on a debut EP from a local three-piece. With some straight-up rock tunes, some funky blues, some ill-advised rapping (reminiscent of Anthony Keidis) and recurrent grunge overtones, Red Room Effect is diverse in its influences, but perhaps a little too diverse, in that we can't find the band's center. That having been said, a few of the tunes here are top-notch; "Raindrops" could have been a '90s radio hit no problem. Talented guys, maybe just looking to find their voice as a unit.

Luke-O, from Fayette County, has been rapping with the Moola Gang Cash Cows since 2007. His new pop-culture-meets-mafioso-rap mixtape (available at DatPiff.com) is packed with swag, rock 'n' roll samples and movie snippets. The cover art showcases Luke-O (whose last name is actually Lucostic) as a baby in his Lacoste onesie, a product of a family business which sells the apparel. Despite a lack of local attention, Luke-O was recently featured on AllHipHop.com; his original sound will keep your attention and catchy melodies will keep your head bobbing.