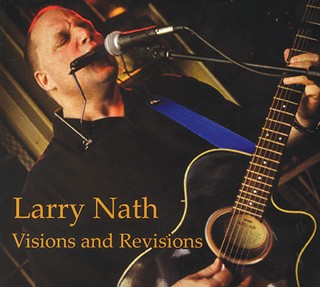 Collection of straightforward rock, blues and folk-y songs by the local singer-songwriter, recorded with some help from folks like virtuoso guitarist Jimmy Adler. Soft ballad "Mystery" might be the highlight of this one, with a quiet beauty and slightly uneasy vibe that sets it apart from the rest; Nath's talents (and voice) shine especially when he strays from the blues-rock formula.

Simple, silly songs with an irreverent vibe. A little punk, a little throwback rock, a lot of sex jokes and angry tirades about mainstream culture and the suburbs. Nothing particularly new or nuanced here, but a fun listen if you're into lighthearted double-entendre and making fun of suburban parents.

Some new tunes from the lefty songwriter who's based here and tours worldwide. The music — mostly folk-rock — is fine, but that's not what people listen to this type of stuff for. Stout brings to the fore problems like privacy ("Big Brother's Watching"), covert war ("I Was Killed By a Drone") and the like — plus, on the title track he talks about moving beyond protest. If that's your jam, you'll like this one.