New albums from B. White and Crystal Seth

McKeesport rapper B. White here presents his first solo full-length, released by his group The 58s. In 18 tracks (plus two bonus tracks), he lays down often brutal truths about life in the Mon Valley. White mixes social commentary and the personal, often in close quarters. On one track simply called "Me," he laments the hardships of street life and the futility of hip-hop culture's worship of material things, then wraps up the chorus with: "Welcome to hell / Welcome to me." It reveals a jarring sense of self-consciousness, sometimes even self-loathing, that mixes with a more general and expected hip-hop bravado. It's worth taking notice when the deep-voiced rapper takes time on a beautifully produced track ("Funeral") to drop a rhyme like, "But this is real as it can get / And I feel like a piece of shit." Recommended. 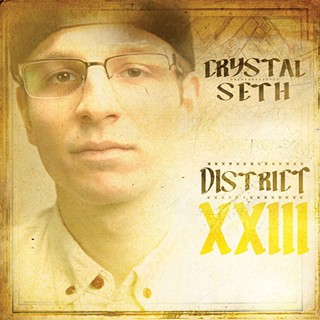 Rapper Crystal Seth has a knack for engaging his audience during live performances, and he's taken long strides toward translating this energy to his recorded music on District XXIII. The overall zoned-out vibe is fitting for highway cruises on a summer day, and the more upbeat songs like "Flying Is Living" and "Onesy and Slippers," which features Action Bronson, are highlights. Locals Beedie and Chevy Woods also make appearances as the Fox Chapel High School grad and Penn State student shares his college and life experiences with listeners.