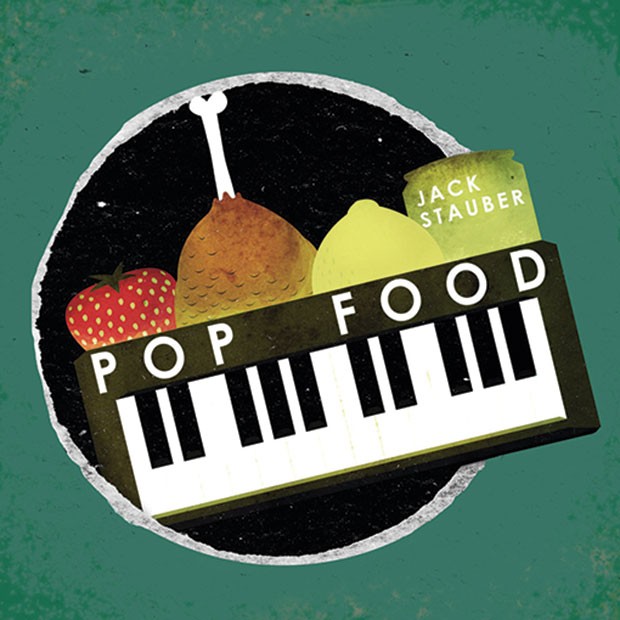 Jack Stauber’s Pop Food is an incredibly ambitious synth-pop record full of whimsy and surprise. The 11-track album features everything from sample storms to vocal breakdowns. Some of these songs might suit a modern waltz, while others call for the goofiest ’80s moves in your repertoire.
Pop Food drips with saccharine pop hooks and is seasoned with trippy harmonies, deeply layered vocals and a peppering of absurdity.

From the beginning track, “Buttercup,” listeners are treated to bubbly, dramatic pop with Panda Bear-esque vocals. Stauber explores more Strokes-y indie vibes on tracks like “Oh Klahoma” and “Safe Socks”; other tracks, like the very gentle “Koi Boy,” rely on a grooving low end to provide breathing room between the bouncier numbers. “Dog Nightmare” has a super-fun, eerie feeling, with some serious darkwave leanings and Books-like sampling driving the movements.

“I Love You Verne Troyer” is a catchy, upbeat song with verses that exude campiness. “My Plea” descends entirely into looniness, with the vocals becoming extra theatrical while telling the tale of getting mugged and needing cash for candy in the aftermath.

Stauber shines when his ambition and ear for the absurd and campy is carefully tailored with a dash of oddity thrown in, like on “I Understand,” a simple pop jaunt with an earworm of a synth riff and a chorus that still features daring Animal Collective-hinting call and response. Dance to “I Understand” in your bedroom with the windows open, and you’ll fully realize Stauber’s vision for Pop Food.