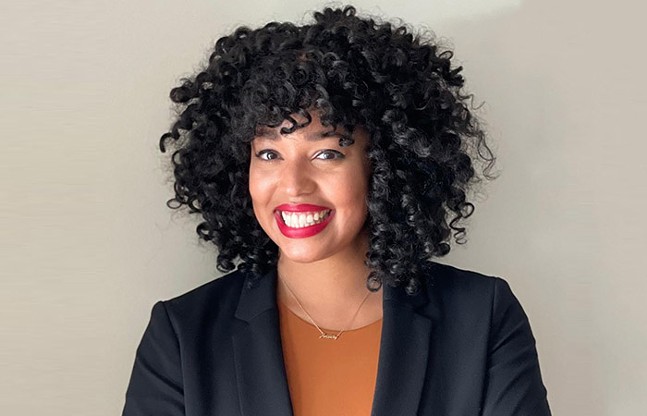 Etheredge told Pittsburgh City Paper that she is excited about “being here and getting the opportunity to step into this role as someone who has seen so many, and has looked up to so many of the Planned Parenthood CEOs who have come before me and people like Kim [Everett] and others in the network … I feel so honored to be here and be in a city and a region that I just love so much.”

Many Pennsylvanians have been watching the proliferation of anti-abortion legislation in other states and wondering if what’s happening in Texas, Mississippi, and elsewhere could happen here. Etheredge’s answer is “yes.”

“It’s a pretty hostile time for sexual and reproductive health care and for abortion care,” says Etheredge. “It is really important that we stay focused on understanding that these bans like what we’re seeing in Mississippi could potentially happen in a state like Pennsylvania.”

Also “top of mind” for Etheredge is that Ohio seems poised to enact an abortion ban that Planned Parenthood says is more restrictive than Texas Senate Bill 8, the country’s most extreme anti-abortion legislation. Should that bill be signed into law, Etheredge says she would want patients, “whether they’re in our region or in sister regions and states nearby,” to know that PPWP is "somewhere they could go” for life-saving medical care like abortion.

Etheredge says she is also working with other local leaders to do contingency planning for possible scenarios, “preparing for what could be the worst and hoping for the best.”

In the time since the ACA expanded access to health insurance, Etheredge says, many Planned Parenthood affiliates have also expanded the services they offer to include behavioral health, hormone replacement therapy, and low-level primary care services.

As someone with a background in health care policy, Etheredge says she is concerned about the devastation COVID has wrought on medical systems nationwide, but she’s heartened that she sees people stepping back to ask, “What do we want health care to be?” and “What do we need to do differently?”