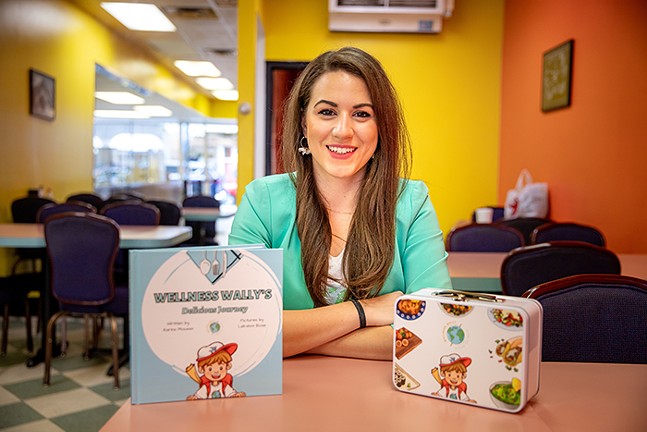 Parents of picky eaters might recognize their children in Wally, a young boy who only wants to eat candy and chips. But in first-time author Moussa’s book, Wally tries — albeit reluctantly at first — a variety of delicious, healthy foods from seven countries, including Syria, Bulgaria, Japan, Nigeria, and Mexico.

Moussa drew inspiration from her life and her experiences in her parents’ Pittsburgh restaurants, Madonna’s Mexican Food and Madonna’s Mediterranean Cuisine.

“Last summer, when quarantine happened and everything was kind of shutting down and I had a lot of downtime, I had always told myself that I would write some sort of book,” Moussa says. “I'm not one to sit around and do nothing. So I came up with this Wellness Wally idea.”

After Moussa finished writing the book, she put the finished product together with the help of a freelance illustrator, Lekshmi Bose, and a freelance editor, who asked not to be named.

Moussa grew up in Mt. Lebanon and now works in health insurance sales while pursuing a PhD in instructional management and leadership at Robert Morris University. Her parents are from Syria, but they moved to Bulgaria, where Moussa was born, so her father could pursue his PhD in electrical engineering. They came to the U.S. in 1998 to visit a relative and decided to stay on an investment visa.

They bought a Mexican restaurant in Oakland to fulfill the visa requirements, and Moussa’s father, Mario, learned to cook Mexican food — with his own twists. While they lost some business when they changed the name from Pollo Rey to Madonna’s Mexican Food — named for Mario’s second daughter, who shares a birthday with the day her parents bought the restaurant — they soon regained customers, which Mario attributes to their dedication to cleanliness and treating their customers like guests in their home.

Mario and his wife, Mahassen, moved the restaurant downtown in 2001. In 2013, after several relocations, they reopened as Madonna’s Mediterranean Cuisine, although its origins as a Mexican restaurant can be found in Moussa’s book. 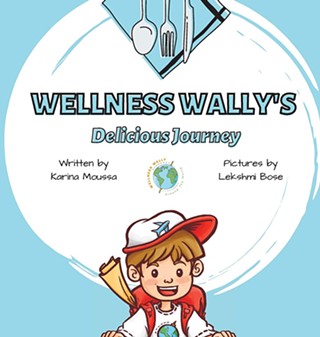 Wellness Wally’s Delicious Jour
“When Wally goes to Mexico in the book, he does try guacamole,” Moussa says. “When I was younger, I would spend time downtown with my parents in the summer, and my dad would let me make the guacamole a lot of the time.”

Moussa has experience with many of the other foods Wally and Billy try, from shopska salata, the national salad of Bulgaria, to kibbeh, her favorite Syrian food. She says she wanted Wally and Billy to experience cultural highlights from each of the countries they visit, such as learning phrases in different languages, or seeing famous sites like Aleppo Castle in Syria and Disneyland in Tokyo.

She also wanted to focus on countries that she says “maybe aren't always seen in the best light.”

“For example, Syria … all we hear about is the wars in Syria and stuff like that,” says Moussa. “But I went to Syria in summer of 2019 … and it's nothing like you see in the news. It's really peaceful, and people are living their day-to-day lives, like we are living here.”

The book is part of a series of seven books Moussa will write as part of her PhD program. She plans to use them as part of a curriculum to teach kids about the different forms of wellness, such as physical, social, emotional, and spiritual wellness. Wally and Billy will visit a different set of seven countries in each subsequent book and learn how different countries approach those wellness dimensions.

“I'm trying to promote a really important message, especially right now with this whole pandemic,” Moussa says. “The one thing about these wellness dimensions is they're all intertwined. So let's say like I'm suffering in my physical wellness dimension — that's just going to create a domino effect.” 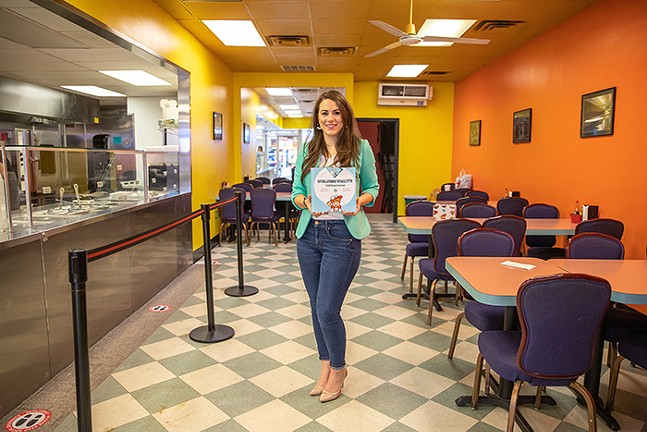 CP Photo: Kaycee Orwig
Karina Moussa, author of Wellness Wally’s Delicious Jour
To help further engage kids, Moussa wrote a cookbook to complement the first Wellness Wally book, along with supplementary materials including free coloring pages and mazes. She is also selling a Wellness Wally lunchbox to encourage kids to bring healthier lunches to school, and she plans on bundling similarly relevant items with future books to help kids learn about and engage with their health and wellness.

“It's so much easier to be preventative than it is to try to fix a problem after it occurs,” Moussa says. “If kids can learn how to take care of themselves early on, learn about these wellness dimensions, learn about how they can manage different aspects of their wellness and be healthy and happy overall, I think that's the most important part.”

Although her parents didn’t know about Wellness Wally’s Delicious Journey until after it was published, her father plans on reading the book to his grandson when he turns 5 years old later this year.