New photography exhibit at The Frick captures a flourishing, but fleeting moment in French photography

These photographers had more freedom of movement than ever before with their new cameras, but the period wasn’t meant to last. 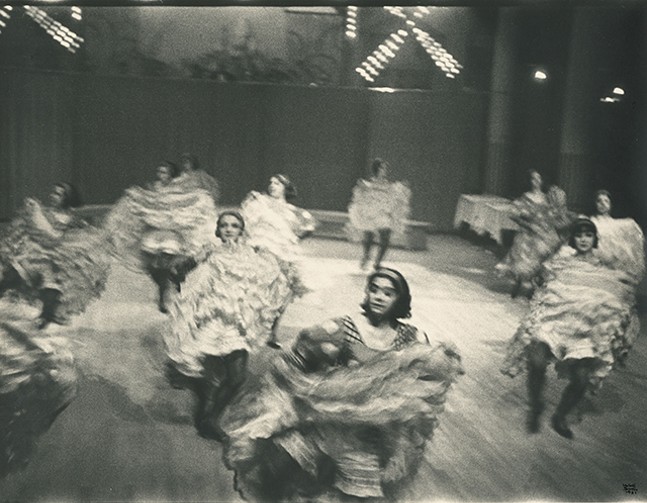 Photography flourishes most significantly when a new piece of technology is invented to make it easier and cheaper to capture fleeting scenes. It happened when smartphones became commonplace, enabling most people to have a high-quality camera at all times. At the beginning of the 20th century, the invention and growing popularity of portable film cameras gave rise to an influx of photographers, especially in the artists’ haven of Paris. A new exhibit at The Frick Pittsburgh, Street Photography to Surrealism: The Golden Age of Photography in France, 1900-1945, includes pieces from over a dozen artists whose work within that period captured a thriving, beautiful, and messy era bookended by world wars.

“There was the devastation of World War I, and a lot of people flocking to Paris who were bohemian types, who wanted a less conventional life, who were interested in art, literature, music,” says Sarah Hall, chief curator and director of collections at The Frick. “But it’s also this idea of the 20th-century city, that it’s exciting. They find beauty in the ugliness.”

The exhibit, which opens on Feb. 9 and runs through May 5, features mini-collections of several influential photographers, including Eugène Atget, Brassaï, and Ilse Bing. Each of them captured a unique aspect of the city and left an indelible mark on the medium.

Modern surrealism often involves a piece of art that alters reality into something strange or disorienting. But for the artists featured in Street Photography to Surrealism, it was more about finding the surreal in the real: warped reflections in a window, a peeling poster of Greta Garbo, a man’s head stuck in a utility hole. Hall describes the city as “a dreamscape of odd collisions.”

While the works span from 1900-1945, most of the photos are from the mid-1930s in between wars when Paris was a hotbed for nightlife of various degrees of beauty and seediness. Hungarian-born Brassaï captured the dirty, dangerous, and underground aspects of the city, often literally. His subjects include the nighttime work of cesspool cleaners and a portrait of two men who robbed him. He also had a knack for gaining access to brothels and sex workers, capturing women’s figures at work and, more importantly, as willing participants. “He’s making friends with these people, he’s making an alliance with them, he’s collaborating,” says Hall. At the time, the women in these photos, often completely nude, were seen as low-ranking members of society, but Brassaï captures them with glamorous dignity.

Although Hall notes there are only four women whose photographs appear in the exhibit, they often appear as both anonymous subjects and known muses. American expat Man Ray, for example, had an array of women he photographed, many who were artists, like photographer Dora Maar (whose work also appears in the exhibit), known for her inspiration to Picasso, and Meret Oppenheimer, whose surreal work is in MoMA.

The era of the exhibit could best be summed up in work of Ilse Bing, whose life and photography embodied both the liveliness and transience of the period. German-born Bing was known as “Queen of the Leica” for her extensive use of the camera, which even appears in self-portraits. She captured dreamlike images of Cancan dancers and a fortune-telling booth as well as more pedestrian scenes like a street puddle or kids by a river. Her work was published and commissioned by famous magazines, but Bing was Jewish, and in 1940 she spent six weeks in a camp before making her way to the United States. A friend shipped her photo prints, but Bing couldn’t afford all the customs fees and had to choose which of her collection to keep. Many of her original works were lost.

Bing represents the significance of the creative output during this period. After World War I, Paris existed as a haven for artists, many coming from elsewhere, who sought to capture both the weird and familiar. These photographers had more freedom of movement than ever before with their new cameras, but the period wasn’t meant to last. Many fled or were interned, and even if they made it out alive, that feeling of freedom was gone.