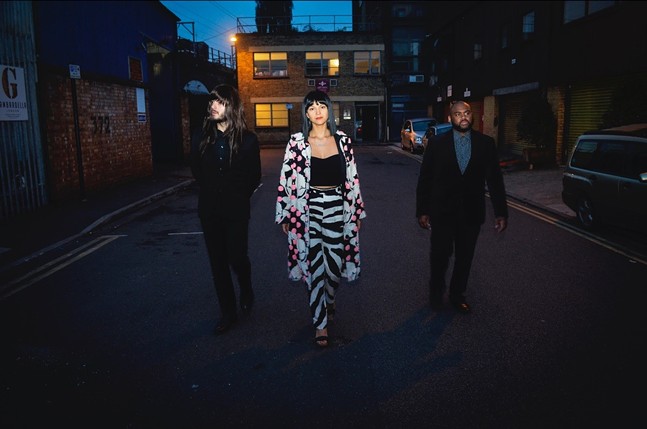 Photo: Tamsin Isaacs
Khruangbin
Ryan Haynes - "Sweet Melody"
Since introducing himself as Ryan Haynes in December — the artist previously released music as DJ Afterthought — Haynes has been steadily releasing melodic, R&B singles that continue to highlight a new side of his musical talent. The latest is "Sweet Melody," a downtempo, introspective tune about trying to make it through life.


The Elemental - "Double Dog"
The first single (and video) released on the new Pittsburgh-based label Dig Sonic Records, "Double Dog" comes from The Elemental's forthcoming EP Lovely Distraction. The release date for the EP has not been decided yet, as it depends on whether the band can have a proper release show.

In addition to the single, Dig Sonic Records officially launched as a label on Fri., May 15, along with the Dig Sonic Radio show. The first episode introduces the label, premiers "Double Dog," and chats with The Elemental about the release.

Big Blitz - "Double Barrel"
Big Blitz is the type of band that's best enjoyed live, but that's not possible at the moment. So, the noise-jazz group released "Double Barrel," which was recorded Red Caiman Studios earlier this year in "basically one take," according to their Bandcamp. It's upbeat, funky, and infectious.


A Moment in Pompeii - Empty Eyes