New music from Tribe Eternal and NVSV, livefromthecity, and more

CP Photo: Jared Wickerham
NVSV
Tribe Eternal and NVSV - "Local Celebrity"
"Local Celebrity" is the first track to be released from Mysterious Shit, a collaborative project by Tribe Eternal (Clara Kent, Bilal Abbey, and Pharaoh Lum) and NVSV, due to arrive on Halloween. The project is said to be a slight nudge to DJ Khaled's rant against Tyler, The Creator, who's album Igor debuted at number one on Billboard, beating out Khaled's Father Of Asahd earlier this year.

If "Local Celebrity" is any indicator or what's to come on Mysterious Shit, we can expect a warming blend of melodic rap, a welcome switch-up for Kent, who is known for her soothing R&B sounds.


livefromthecity - "Whoa!"
Turn up your bass for this one. livefromthecity surprised dropped "Whoa!" this morning, and its booming production will get you ready for the weekend. Only four more days!

"Whoa!" is currently only available on Soundcloud, and drops on all other streaming platforms Friday.


The Beagle Brothers - Hearts Go By
For alt-country fans looking for something a bit more polished than demo-tracks, The Beagle Brothers' Hearts Go By checks all the honky-tonk boxes. The album dropped in 2017, but was just posted to Bandcamp ahead of the brother's Fri., Sept. 20 show at the Thunderbird.

"Friends, we have been planning this show since February - but in reality, we've been waiting over 3 years to finally step back on the Thunderbird Café & Music Hall stage," read The Beagle Brothers' Facebook page. "One of our absolute favorite venues on the planet, and a second home for many years, ... we think it's about time to stop dwelling in the past - and make some new memories in the Tbird."

Clara Kent lights up her music with Aura: Reimagined at Kelly Strayhorn Theater 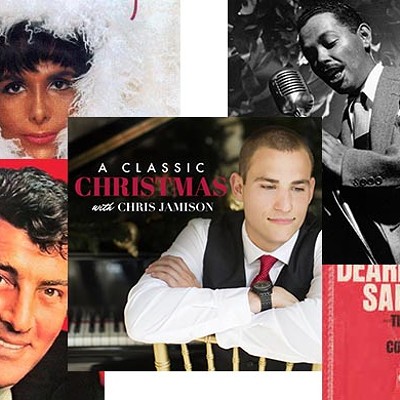