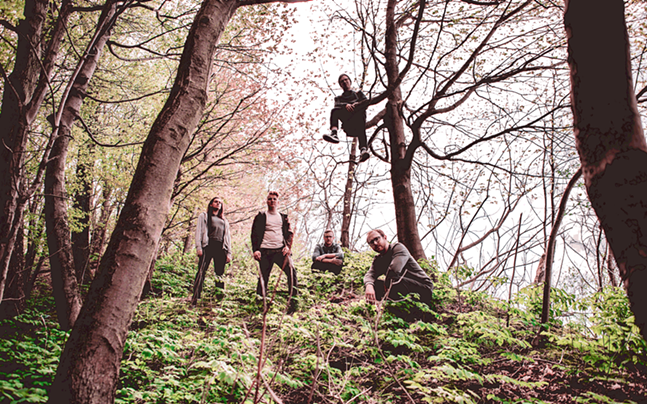 CHARIOT FADE - "Spotless Century" and "Witness to a Lover"
Remember earlier this year, when the Pittsburgh-based band delicious pastries came to an end after 10 years of making music? Well, three of the six DP members (Jonathan Chamberlain, Stephen Gallo, and Jesse Ley) are back, this time as electronic pop group CHARIOT FADE. The members of the new group released their first two singles on Sept. 7 and have their first show Oct. 2 at Spirit, alongside Yip Deceiver (Davey Pierce from of Montreal) and Ky Vöss.

Swiss Army - "On Top Of The World"
"On Top Of The World" became available on all streaming platforms Sept. 6, and is a walk through the challenges and excitement that come with every level of success. Lead singer Brandon Lehman compares success to balancing on a rope, where a single blow could knock you off. The more prosperous you are, the harder, or longer, you fall.