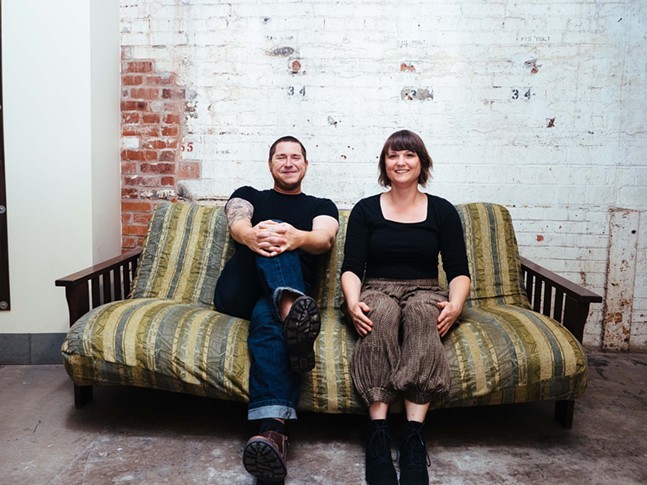 CP Photo: Jared Murphy
Glo Phase and Jocelyn Rent
Glo Phase - All That's Happened
Joseph Rusnak, aka Glo Phase, is returning to his downtempo, instrumental roots with his latest release, All That's Happened, a four-track album set to drop on vinyl via Stasis Recordings Nov. 29. The songs are already available to listen to on Bandcamp, and marks a clear shift from his last album, Fall Deep, which featured vocals from Pittsburgh-based singer, Jocelyn Rent, and leaned more towards chillwave R&B.


Tribe Eternal and NVSV - Mysterious Shit
Released on Halloween, Mysterious Shit is a collaboration from well-known Pittsburgh hip hop and R&B artists Clara Kent, Bilal Abbey, Pharaoh Lum — who make up Tribe Eternal — and NVSV. Abbey mixed the album and local producer and singer/songwriter INEZ mastered it. The collaborative effort shines through in every corner of the album, from the smooth, layered beats of "Magic" to the lyrical artistry in "Clara's Mad," "Fool," and "Law of Attraction."

A release party for the album, taking place Sun., Nov. 10 at Full Pint Wild Side Pub in Lawrenceville, sold out earlier this week, but those looking to support Tribe Eternal and NVSV can still purchase the album via Bandcamp. A sold-out local show is a rarity in Pittsburgh, as many people like to wait until the day of buy tickets. It's a good sign for the local music community.

"Building on my previous work Three A.M. and the Stars Were Out, as well as on Brian Eno’s Reflection, this piece is a step away from the static," reads Betten's website. "The individual parts are unmoored from their place in the landscape — one can never be certain when they may arise each time you listen to this record. The goal of this generative system is not necessarily to creative infinite music, but rather to simply surprise the listener."

"In terms of content, this is a regionalist work heavily influenced by Andrew Wyeth. It’s the Tom Waits recording that I always hoped would exist. It’s the sound of a summer porch at midnight. The old, weird America at the witching hour."

The Stars of Disaster - "Talkin," "All Night All Right"

The Childlike Empress - Take Care of Yourself