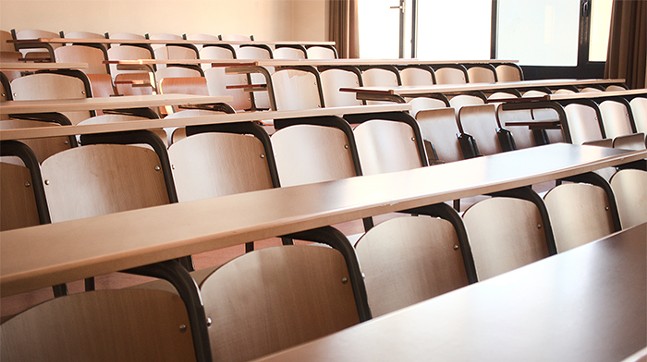 UPDATE - 3:40 p.m. July 14:
The Trump administration has rescinded its executive order barring international students from living in the U.S. if they are only taking college classes online. This comes after several entities, including Carnegie Mellon University, the administration of Pittsburgh Mayor Bill Peduto, and Pa. Attorney General Josh Shapiro joined a lawsuit against the Trump administration over this new rule.

UPDATE - 12:15 p.m. July 9:
Carnegie Mellon University President Farnam Jahanian announced Thursday morning that CMU is filing an amicus brief in the lawsuit that Harvard and MIT brought against federal immigration officials on July 7. CMU will also work directly with the Association of American Universities and the Association of Public Land-Grant Universities to explore other policy options, and will sign a joint letter with the American Council of Education to urge the DHS to withdraw the new policy.

“To the members of our international campus community, without hesitation and with heartfelt affirmation, let me restate our commitment to you. We value you and we will always continue to welcome and support you in pursuing your ambitions at CMU,” Jahanian said in the email to students.

Original story published July 8:
A new Immigration and Customs Enforcement policy announced yesterday would forbid international students from staying in the U.S. if they are enrolled in a university that has moved its classes completely online. This new policy could potentially put thousands of international students at colleges like the University of Pittsburgh and Carnegie Mellon University at risk for deportation, if those schools decide to move classes to online only.

The change to the Student and Exchange Visitor Program states that the U.S. will not issue visas to students whose universities have gone fully virtual. Students are encouraged either to transfer to a school with in-person or hybrid classes; if they don’t, their visa will be revoked and they will be forced to leave the country. Students in hybrid programs must take some of their classes in person and certify to ICE that their school offers in-person classes.

Previously, SEVP had instituted a “temporary exemption” which allowed international students to take more online courses for the spring and summer semesters than they normally would be allowed to due to the COVID-19 pandemic. Now, that exemption is gone, and many international students may face a difficult choice come fall, even as U.S. coronavirus cases are higher than they have ever been.

With about 50,000 Asian people (which includes citizens and non-citizens) living in Allegheny County, that means about 13% of them could be at risk for deportation under the new ICE order. Pittsburgh City Paper has reported on how ICE agents in Pennsylvania are the most aggressive in the country in detaining immigrants. For years, immigrants have been helping to stem off serious population decline in Allegheny County.

In 2019, according to Pitt statistics, 3,186 international students were enrolled across Pitt’s campuses for the fall term.

Pitt spokesman Kevin Zwick said the ICE policy change is “misguided and unfair to international students,” not to mention harmful to higher education institutions like Pitt and damaging to regional and national economies.

“We join our peers in the Association of American Universities in calling on the Administration to retract this decision and permit international students to continue their educations through whatever means their institutions determine to be safest,” said Zwick in a statement. “The University of Pittsburgh is assessing how this decision will affect our international students, and will communicate with them directly about how they can best continue their Pitt education as we move forward with a flexible program that combines classroom instruction with online learning.”

Members of the Graduate Student Organizing Committee (GSOC-USW) at Pitt are also condemning the new ICE rule. The group has been calling for cancellation of in-person teaching, as a way to protect grad student instructors and staff, but says this new rule undermines any safety effort by forcing international students to decide between education and staying in the U.S.  “This is yet another targeted attack on immigrants disguised as a premature return to ‘business as usual,’” reads a statement from GSOC-USW. “The modified policy not only forces international students to choose between our safety and academic careers, but also makes it especially dangerous for us to join the call to cancel in-person teaching.”

According to figures from the fall semester of last year, 5,597 international students were enrolled at Carnegie Mellon University across undergraduate, graduate, doctoral, and exchange programs, with the vast majority — 89% — of that group coming from Asia. International students make up 22% of the entire undergraduate student body, according to the university’s admissions website.

“For more than a century, Carnegie Mellon has been an international university, and our community has been defined by the best and brightest students and faculty from around the globe. We find the measure issued yesterday by [ICE] unacceptably abrupt, inflexible, and completely disregarding of the difficulties it causes our students from abroad. It is also oblivious to the challenges it creates for higher education institutions across the country who are already struggling to manage through the fluid conditions of the pandemic. We are committed to and will advocate for our international community members, all of whom add to our intellectual landscape and vibrant community.”

Garrett encouraged international students at CMU who need additional support to reach out to the university’s Office of International Education, which also plans to contact students soon with further information.

Those international students that choose to stay in Pittsburgh are likely helping to boost the region's economy. One international CMU grad, Luis von Ahn, co-founded Duolingo, one of Pittsburgh's largest tech companies. Voh Ahn has also condemned the Trump administration's recent immigration restrictions and says they will hurt Pittsburgh.

Pitt and CMU both plan to have hybrid in-person and online classes in the fall, Pitt through the Flex@Pitt program and CMU through its own hybrid model for teaching and learning. Both programs would involve both online and in-person portions to classes. Only if Pitt and CMU were to move classes completely online, would international students be at risk of deportation. Some schools, like Harvard, have already announced to move all classes online for the upcoming fall semester.

Pitt’s plan includes multiple “postures,” or risk levels, and in the High Risk or Elevated Risk postures, most or almost all of its classes would be moved online. The university plans to release more information about what Fall 2020 will look like as July progresses, according to an article on PittWire.

CMU’s plan hopes to offer remote options for as many in-person courses as possible, and to blend in-person and remote learning. The school’s goal is “to have as many students on campus as we can, while keeping the health of our community as our top priority.” In the email sent to students, Garrett emphasized that the hybrid model “will allow us to most effectively support our international students under these new guidelines.”

U.S. Sen. Bob Casey (D-Scranton) also criticized the ICE policy on Twitter, saying that the decision “doesn’t advance American interests; it hampers them.” He pointed out that international students start a large portion of U.S. startups, citing a 2018 study. He highlighted Duolingo in particular, which was founded by Severin Hacker and von Ahn, who had both been international students in the U.S.

Von Ahn said recently that if Trump didn’t alter the new immigration policies, Duolingo would be forced to move its more than 300 jobs and its expansion plans to Toronto, Canada, which has fewer immigration restrictions than the U.S. currently.