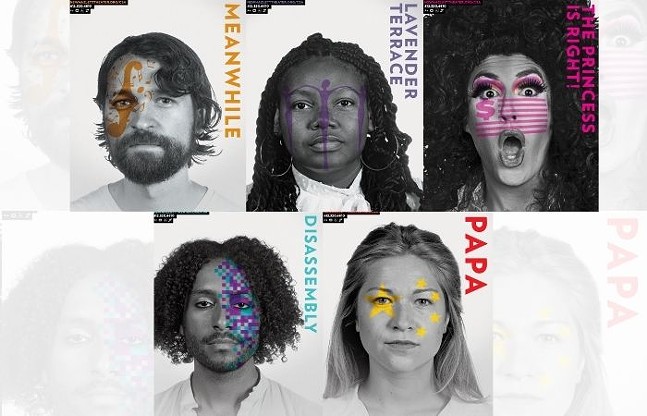 Photos by Renee Rosensteel and design by Bootstrap Design Co.
New Hazlett Theater's 9th Season of Community Supported Art incorporates a wide range of theatrical experiences including music, theater, comedy, and multimedia.
Pittsburgh has a thriving community of artists and creatives, and New Hazlett Theater will highlight five of these artists in its ninth season of Community Supported Art.

The five shows represent a variety of media, from improvised music to an interactive game show, created by emerging artists who call Pittsburgh home. The season opens with mandolinist Bryce Rabideau’s Meanwhile from Oct. 28-29 and closes with actress and theatre-maker Bailey Lee’s Papa from April 7-8.

“We’re proud to know that the work produced at the New Hazlett contributes to the rich cultural fabric of our city,” says New Hazlett Theater executive director René Conrad.

Rabideau’s Meanwhile kicks off the season with accompaniment from Jason Rafalak on the upright bass and John Bagnato on the acoustic guitar. Together, the trio will play a suite of original songs from Rabideau, a composer and alumni of Duquesne University’s jazz guitar program.

Director and playwright NaTasha Thompson will present her multimedia performance Lavender Terrace from Dec. 2-3. The reimagining and exploration of Marita Boner’s 1928 one-act play The Purple Flower begins in the late ’20s and carries it into the present day to tell the story of marginalized and oppressed people fighting for the right to live full and fulfilling lives.

Audience members can become contestants in singer and drag queen Princess Jafar’s The Princess is Right!, taking place February 17-18. The interactive game show will give audience members and participants the chance to win trips, cash, and other prizes. 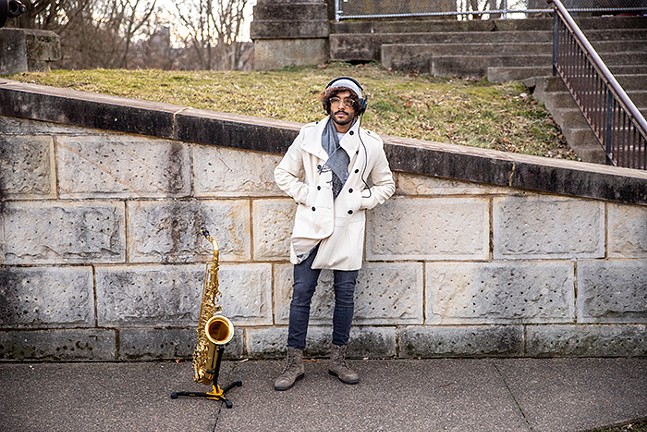 Lee’s Papa will close out the series with an original play rooted in her grandfather’s experiences traveling from rural China to McKeesport. The play will explore three generations of Asian Americans’ complicated relationships in Lee’s familial hometown.

“This season’s artists represent the dynamic range of work being created in Pittsburgh, and the work speaks to our collective experiences,” New Hazlett Theater programming director Kristin Helfrich says.

CSA subscriptions are $100, which covers the cost of tickets for all five performances. Individual tickets are also available for $25 each for general admission and $15 for students and artists. Each performance has shows at 8 p.m. on both nights as well as a Friday matinee at 11 a.m.

Prime Stage demystifies star with Karloff: The Man and The Monster