It’s 1977, and the country is grappling with headline-grabbing multiple murders 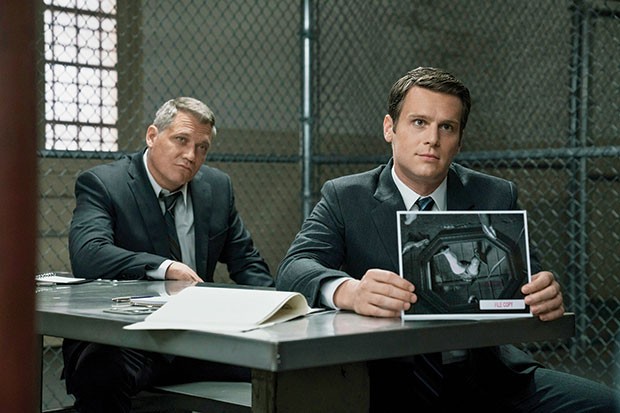 Today, the Federal Bureau of Investigation is well known for its psychological approach to some crimes — everybody knows what an FBI profiler is. But that wasn’t always the case, and Netflix’s new 10-part narrative series Mindhunter fills us on how the FBI’s Behavioral Science Unit came to be.

It’s 1977, and the country is grappling with headline-grabbing multiple murders that don’t make sense, like the Manson killings and Son of Sam. But law enforcement still plods through basic techniques — “motive, means and opportunity” — for solving homicides. “Where do we go when motive becomes elusive?” asks one criminologist. Holden Ford (Jonathan Groff) and Bill Tench (Holt McCallany), a team of FBI agents who provide instruction to police stations across the country, start pursuing a psychological approach: “what + why = who.”

But Mindhunter’s overarching plot isn’t about solving one big crime, but about the FBI discovering the need to expand its knowledge vis-à-vis certain sorts of murders. Ford and Tench are building the skill set as they go, using cases they come across in their travels to develop methodology and tactics. They also interview killers in prison, probing to find commonalities in their backgrounds and behaviors. So Mindhunter is a police procedural, but one of procedure, not of a crime.

Pittsburghers may recall that the show was shot in and around town last year; its very first image is a blaring title card that reads “BRADDOCK PENNSYLVANIA.” Despite that tease, the first episode is not that compelling, with a lot of inelegant place-setting and clunky dialogue. The meet-cute at the bar that pairs Ford with his soon-to-be-girlfriend is a cringe-fest of retorts about Emile Durkheim. (I’m five episodes in, and losing hope that this role is anything more than a way to establish Ford’s bona fides: not afraid to date a smart woman, considerate lover).

But stick around: The series, which was executive-produced by mind-of-a-killer auteur David Fincher (Seven, Zodiac), gets better once the actual mind-hunting begins. We’re so true-crime savvy now that viewers get an advantage over this vintage FBI, which hasn’t even coined the term “serial killer” yet. On the other hand, as recent events in Las Vegas have proved, the “why” of some horrific crimes remains as elusive as ever.